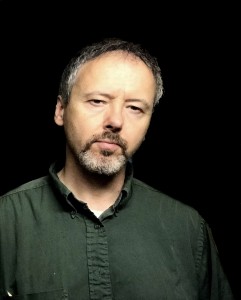 “it’s tribute to Todd Tobias’s skill as a producer and arranger that the pace never slackens and that he’s quite effectively produced the audio equivalent of a graphic novel, one that will keep you listening right up until its cataclysmic final moments.” – DOA

After years of producing Guided By Voices and playing in Circus Devils with Robert Pollard, Todd Tobias branched out on his own, producing a string of themed instrumental albums for Hidden Shoal, each one unique in its evocation of an imagined world. His music is defiantly unique and vividly realised across his evolving discography.

18 October 2015 Each Todd Tobias solo album presents its own discrete, surreal world – and Gila Man is no exception. A wordless musical novella that merges a psychedelic Western with shadowy science fiction, Gila Man simultaneously evokes the wide-eyed wonder of discovery and the creeping dread of what horrors may lurk around the next corner. Featuring the stunning wordless vocals of English songwriter and fellow Hidden Shoal artist Chloë March, the album is at once beautiful and unsettling – and a wonderful distillation of the magical qualities of Tobias’s previous musical outings. Gila Man’s individual songs vividly evoke characters and scenes within the album’s imaginary narrative, casting dusty projections onto the mind’s eye. Breezily meditative single ‘Pollen Path’ shimmers with acoustic fingerpicking and Chloë March’s celestial voice. ‘Howler’s Hill’ breaks out of its haunted intro into an agitated, fuzzy churn, while ‘Queen Mab’ circles around synth and chime motifs to create a delicate, melancholic dirge. ‘Tularosa’, again featuring Chloë March, is woozy, French-sounding atmos-pop. ‘Highlake’s Last Stand’ pits dreamy guitar wanderings against ritualistic sludge rock. Wherever this music ventures, the listener is compelled to follow.

June 2015 While best known for producing Guided By Voices and collaborating with Robert Pollard (Circus Devils, Ricked Wicky and Pollard’s solo material), Tobias has also crafted an innovative body of instrumental solo work, of which Tristes Tropique is the latest chapter. Hypnotic and melancholy-soaked, Tristes Tropique presents a luxuriant yet downcast tone, drawing comparisons to the eerie, transportive work of The Fun Years, The Gentleman Losers and Ian William Craig. This is no better exemplified than on single ‘Suvarnabhumi’, in which sparse, yearning guitar figures are subsumed by ethereal synths. Sinister yet alluring, these musical environments throb with sensuality, danger and promise. Tristes Tropique takes its title from the book by French anthropologist Claude Levi Strauss, which literally translates as “sad tropics”. Tobias sought to evoke far-flung places where indigenous cultures have either vanished or are in the process of being swallowed up by an ever-expanding global civilization.

October 2014 Impossible Cities is the latest visionary chapter in Todd Tobias’s ongoing exploration of rock’s darkest and most hypnotic realms. Inspired by the Ital Calvino book Invisible Cities, each track is named after an imaginary city, from the glistening exoticism of ‘Lamura’ via the seething murk of ‘Gorgum Reeth’ and ‘Smazbaal’ to the eerie, shimmering grandeur of ‘Akrova’, Tobias’s latest musical universe is vividly rendered, scary, beautiful and utterly immersive. The album comes with the companion mini-album Impossible Cities 2, which comprises 10 haunting vignettes.

May 2013 I Razor, by Todd Tobias and Circus Devils, is the soundtrack to the no-budget experimental feature film of the same name directed by Todd Tobias. The I Razor soundtrack comprises challenging, playful, twisted, murky and downright beautiful pieces of music by Todd Tobias and Circus Devils, featuring vocals from Robert Pollard (Guided By Voices) as well as instrumental versions of some of the Devil’s existing songs. The album is a cinematic feast within itself, uncompromising, redemptive and always engaging. It weaves lo-fi keyboards through shimmering guitar textures, scatters unsettling rhythms across ethereal synthscapes, and unveils kaleidoscopic new treasures among its 30+ tracks with each listen. Told from the perspective of a former scientist turned wandering telepathic man-child, I Razor is the story of one man’s quest to regain his lost humanity.  I Razor presents its world in hallucinatory visions, reflecting the state of mind of its main character.  The story is told with minimal dialog and an open plot structure, relying instead on visuals and music to carry it’s narratives.

November 2012 In contrast to Medicine Show‘s serpentine construction and intense atmosphere, Night Above Ground is more airy, accessible and playful, bursting into vivid life with the crowd chatter and tumbling noisescapes of ‘Invocation’. Immersive, hypnotic tracks such as ‘Crystal Palace People’ alternate with brief, impressionistic pieces such as ‘Workshop of Spears’ and ‘Ashes and Cream’. The EP’s 17 minutes flow past your third eye like a Dali-esque dream.

April 2012 After years of producing Guided By Voices, playing in Circus Devils with Robert Pollard, and helping to create the music for Pollard’s solo albums, Todd Tobias is striking out on his own with his debut solo album. Defiantly unique and vividly realised, Medicine Show is a multi-faceted instrumental opus, evoking a shadowy steampunk dystopia. By turns nightmarish and hauntingly beautiful, the three-dimensional musical universe that Tobias conjures across 40 minutes is totally addictive. From the dark GBV-esque groove of ‘Night of the Club Foot’, through the gaseous synths of ‘Pre-Dawn Visitation’, evoking a hallucinogen-fuelled walk among a misty moon-lit forest, to the visceral lurch of single ‘Manatoc Enters The City / The Long Fall’, Medicine Show plays out like the soundtrack to a Terry Gilliam movie starring Tom Waits, each song a totally immersive scene, leading inexorably into the next.

Todd Tobias grew up in Northeast Ohio, USA, where he played in a string of bands, culminating in Circus Devils, alongside fellow Ohioan, Robert Pollard of Guided by Voices. In 2002, Todd began producing albums with Pollard, beginning with Guided by Voices’ Matador release Universal Truths and Cycles. Todd has also produced many other indie-rock projects over the years, including fellow Hidden Shoal artist Kramies.  While playing in bands as a drummer or bassist, he continued work on his own with a cassette 4-track, creating soundscapes and his own brand of exotic rock, as showcased in his prolific work with Circus Devils.  In 2012, Todd finally birthed his first solo work for Hidden Shoal, titled Medicine Show, followed by Impossible Cities (2014) and Tristes Tropiques (2015), each of which has been accompanied by a companion EP. 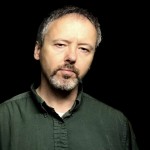 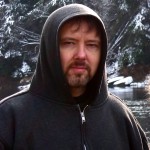 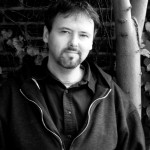 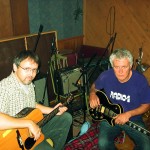 Todd Tobias’s music is  available for licensing (master & sync cleared) through Hidden Shoal. Please contact us with some basic details about your project and the track(s) you wish to use and we’ll be sure to get back to you straight away.