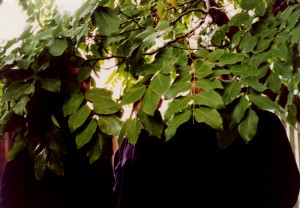 “something that ripples, radiates and blossoms amid a dressage of shimmering keys and softly burnt riff cascades which had us much in mind of Hefner shimmying with the Clientele at times.” – Losing Today

Let’s Adjourn To The Garden sees Craig Hallsworth’s Tangled Star project shift gears while continuing to distill the inimitable songcraft Hallsworth is so well known for. Let’s Adjourn To The Garden is, in typically contrarian fashion, their least bucolic offering yet, blending more driving power-pop flavours into their distinctive soup of song. Hallsworth’s wonderful dust-and-liquor-coated vocals and twisting lyrics combine with exultant shifts and melodic detours allowing the music to make once familiar territory somehow foreign and offset.

Tracks such as ‘Head In The Sand’ and ‘Hasn’t Made For Freedom’ streamline Tangled Star’s brilliant hooks and melodic turns into immediately addictive and electric slices of slow burn power-pop. ‘Attic Space Conversion #1’ exemplifies the band’s compositional and stylistic shifts even more, stitching rousing ramshackle rock with almost Doors’esque cosmic guitar pop. And there amidst the fuzz and driving drums lay some quiet gems in the beautifully stripped back, drumless guitar pop of ‘99% Ok’ and ‘Someone’s Walking’. Just when you think you have the album pegged, the final track ‘Theme’ takes a left turn employing sweeping synths and electronic percussion in some sort of beatific yet melancholic final postcard to the world.

That Time sees Tangled Star at their most immediately accessible and deliciously hooky. Like a trapdoor spider hidden by a welcome doormat, the band lay an easy invitation to the unsuspecting listener, only to unleash a series of inimitable pop hooks and subtle detours. The EP typifies Tangled Star’s ability to craft songs that reveal fresh dimensions with each listen.

That Time features the stunning single ‘seabirdtown’. The track opens with the expansive open-air sound of Pink Floyd-style organs and spatial guitars before falling into an earthbound shuffle and a taste of a lush, full-band sound for Tangled Star. The song’s gradual build to a towering edifice of glowing overdriven guitar, droning organ and harmony vocals is topped off by an echoed guitar line that sketches glistening arcs in the stratosphere. The single is indicative of That Time’s strengths as a louder, more flowing version of the melodic, evocative spaces of Tangled Star’s twilight pop songs.

Our Man From Eden Hill

Our Man in Eden Hill sees Tangled Star building on their wonderfully received debut outing through Hidden Shoal, It’s Now or Later. Musically the EP toys with the frayed edges of country, pop and indie, while in part infusing a sense of space and possibility familiar to fans of the classic Dark Side of the Moon. As with their debut EP, Our Man in Eden Hill’s surface often belies its musical and emotional interior. Through its gentle shifts and directed detours, the EP manages to make once familiar territory foreign and offset. As chief songwriter and lyricist Craig Hallsworth explains,

“If these songs are simple, they are only apparently so. To me, they are only beginning to really work when they are able to express a space of becoming… There are strange warnings and advice, mysterious imperatives and entreaties… I see the lyrics as working for and against themselves, as well as for and against the music, generating a plane of momentary, shifting affective states. There is comic desperation folded into offhand profundity. There is something depressing and defeating suddenly transformed into a rare kind of pleasure and privilege. There are secrets with nothing to hide. There is one last chance after another…” – Craig Hallsworth

It’s Now or Later charts a journey across once familiar land yet through its exultant shifts and wandering detours manages to make everything feel new again. The album’s title talks to the wonderful paradox that is infused within each song both musically and lyrically. This is the apathetic’s guide to caring too much.

The T-Star quietly went about its business for a few years in Jim’s back shed and in Lorne’s living room. They played only a handful of live shows, but recorded two albums with Alan Smith from Bergerk! Recordings – the self-titled debut, and It’s Now Or Later (to be released through Hidden Shoal Recordings November, 2006).

Craig Hallsworth:
Born 1964 in Collie South-West Western Australia – land that belongs to the Noongar People. Fatally infected with AM radio that plays constantly throughout childhood, in the house and in the car. Begins playing guitar and writing songs around 8 or 9 years of age. Magazines and records. Sitting alone in a room playing and singing into a cassette recorder. String of bands. Loses virginity after a gig at the Narrogin Hotel. Moves to Perth in the mid 80s upon completion of welding apprenticeship in the coal mines. Over next 15 years or so plays in The Bamboos, The Healers, wild palms, Zuvuya, Outstation, Tangled Star, as well as many solo performances and recordings. Currently writing an experimental book-length poem and playing in The Slow Beings.

In Bed With The Averys

do you want to know what’s stronger than death
what always wakes up with wonderful breath
and do you want to know what’s stranger than fiction
and the facts of life put together?
out of focus autumn branches
rubbing against the sky
she’s at home in the kitchen with a stranger
he’s out catching a lady’s eye
the fricassee is burning
and you’re in bed with the Averys
ooh ooh ooh ooh ooh ooh
in bed with the Averys
they’ll introduce you to Figaro
his friends call him Mike
then you’ll meet Susan and Lydia
what’s not to like?
there’s nothing they can’t study your face
and not hint at
nothing they won’t exactly deny
until your mind is reeling
coz something in this world wants to kill you
you have no defence
it gets in your head like the man said
it makes perfect sense
it’s black and white
it’s as clear as it can be
then somehow it’s incomprehensible
and you’re in bed with the Averys

Hasn’t Made For Freedom

send a beam of light into the world
and pour the tea
all your heroes were so lost
without your penury
and you were just this skinny little girl
who dug the sound
audacity not veracity makes it all go ‘round
not everything with rings can be called hoop-la
and the Royal Society for the Prevention of Cruelty
to Anastasia
are they with us or against us?
send a ray of hope into the night
and scrub the pan
keep a summer breeze inside a rusty old tin can
but to be more beautiful you have to concentrate
on the mystery
like a revolutionary becoming escaping
all the failed revolutions of history
hundreds of smiling people
rode the silver tinselled escalators
one was a soft metal killer
I remember I wasn’t feeling well
I want to lose you in the morning
in the deserted city
I want to lie down any place
and slowly forget your face
I want to explain all of this
but not if it takes all night
this darkness is not endless
only everyone you know
filling their pockets full
this darkness is not endless
only anyone who knows you
flying out for …

Head In The Sand

now the wind picks up
the door creaks I think my cup
is overflowing
a triumph of the human spirit
to wake at 7
and lie in bed until 11
bring me your altered states
and what exalts
and bring to me your heaven
don’t wait for the ironic undercut
nobody wants to wait for that today
for all anyone knows you really are
passionate and driven
you’d go all the way to the mountain
if only you could leave the room
now everything’s changing
it’s like gazing through a splotch
on the window
is anything behind everything
is it wrong to wonder
is it just to keep from going under?
embrace the worthless life
if it falls into your arms
let it reveal its charms
so slowly
you’ll lose your taste for clever subtle things
and I’ll go hungry analysing things
I might decide to take up the guitar
and there you are
let’s adjourn to the garden

Our Man In Eden Hill

I no longer recall the song
But I can’t forget that introduction
There’s a name going around tonight
Taking women and men
Don’t you wonder how?
As if they want the same things

How could I always be on this side?
As if there’s everywhere to hide

How could I always be on this side?
As if there’s nowhere left to hide

The Waiter Is Deceased

What is this thing called paparazzi?
What’s its shame? What’s its claim to fame?

Shall we leave you in the parking lot pushing coins into a slot?
It’s no crime take your time 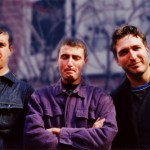 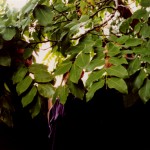 Tangled Star’s music is  available for licensing (master & sync cleared) through Hidden Shoal. Please contact us with some basic details about your project and the track(s) you wish to use and we’ll be sure to get back to you straight away.