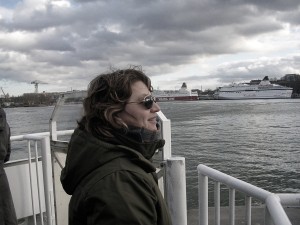 Though digitally crafted, Elisa Luu’s music is warm, inviting and uniquely human, betraying a vulnerability and sensitivity that is rarely found in the male-dominated sphere of electronica. With its sighing, lilting qualities, Elisa Luu’s music reawakens a sense of childlike wonder and adventure with every sprawliong and sparkling track.

On Enchanting Gaze, Elisa Luu’s shimmering tones and deftly handled rhythms are manipulated into breathtaking new shapes. On tracks such as ‘Bro’, expansive synths paint wondrous starscapes, while the gritty ‘B.P.M.’ chases beats and growing drones through dark city streets. Enchanting Gaze manages to beautifully balance its cosmic/terrestrial duality throughout its six tracks, making it a wonderful progression in the Elisa Luu discography.

Un Giorno Sospeso is the new album by Italian ambient electronica artist Elisa Luu.  As evidenced on recently released single ‘Se Fosse Per Me’, Un Giorno Sospeso is dense with chiming tones, buoyant beats, skittering horns and immersive drones. From the shimmering, levitating tones of ‘Flussigirl’ to the rattling, dark drone-beat of ‘Il Tempo Di Capire’, Elisa Luu’s brilliant marriage of texture and composition is on virtuoso display. Elisa Luu’s alchemical touch is in full bloom on this, her long-awaited second album for Hidden Shoal. Her uniquely crafted compositions carry a warmth and vulnerability that belies their digitally manipulated textures. The album takes the glorious blueprint of debut Chromatic Sigh and accentuates the highlights and shadows, making for a deliciously disorientating trip.

Though digitally crafted, Chromatic Sigh is warm, inviting and uniquely human, betraying a vulnerability and sensitivity that is rarely found in the male-dominated sphere of electronica. With its sighing, lilting qualities, Elisa Luu’s music reawakens a sense of childlike wonder and adventure with every sprawling and sparkling track. The album deftly moves in and out of the realms of ambient and electronica, creating a blissful, liminal realm where everything is rendered transformative. The opening title track is a shifting kaleidoscope of drones, enveloping the listener with its gorgeous metallic haze. Single ‘The Garden’ creates a humid atmosphere of synths and glistening textures, carried aloft by crisp, skittering drum breaks. Melancholic centerpiece ‘Slow Bass Flute’ – which also appeared on debut EP Floating Sounds (Phantom Channel) – is so emotionally weighty that one can’t help but feel humbled in its presence. And album closer ‘Warn Plate’ is the gentle return to terra firma, leaving the listener conscious of having visited somewhere unique, complex and beautiful.

A collection of previously unreleased tracks from Elisa Luu. All available for licensing as part of the Hidden Shoal Publishing catalogue.

Elisa Luu (Elisabetta Luciani) is a Rome-based composer, who began her musical career as a jazz/fusion saxophone player. Elisa has been involved in a number of  musical projects over the years, including fusion quartet Prodotti Speciali and Short’s Monday Night Jazz Orchestra. She has also participated in Berklee Jazz clinics, where she received special mention as an alto sax player.

In 2007 Elisa began to compose electronic music using flute, saxophone and guitar as sound sources. Though digitally crafted, Elisa Luu’s music is warm, inviting and uniquely human, betraying a vulnerability and sensitivity that is rarely found in the male-dominated sphere of electronica.

Accompanied by her two beloved dogs, Elisa is constantly creating new music in her home studio, away from the madding Roman bustle.

‘Se fosse per me’ Single Release 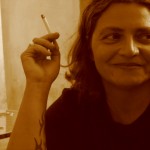 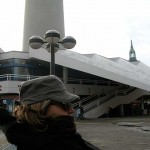 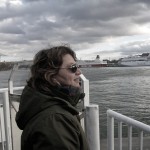 Elisa Luu’s music is  available for licensing (master & sync cleared) through Hidden Shoal. Please contact us with some basic details about your project and the track(s) you wish to use and we’ll be sure to get back to you straight away.