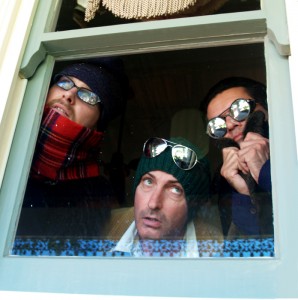 “The hugely experienced songwriting duo of Craig Hallsworth (The Bamboos, The Healers) and Liam Coffey (The Rainyard, Header) brings influences from both sides of the Atlantic to the table…it’s hardly surprising the album, for the most part, ‘blurs’ its influences into forms both fresh and timeless.” – Drum Media

Out of the ashes of some of Perth’s finest indie bands (The Bamboos, The Rainyard, The Healers, Header, Tangled Star) The Slow Beings may well have been one of indie rock’s new shining lights. The band had a way of delivering wonderfully crafted and composed melodic songs with an almost imperceptible prankishness, making the world an accidentally more beautiful and arbitrarily more profound place to cut a lonely figure.

We Know Why The Earth Moves

On their masterful debut We Know Why The Earth Moves The Slow Beings have managed to channel a range of pop and rock influences into something that is uniquely their own. Tracks such as the much loved radio single ‘I Waste The Sea’, ‘Carson Dyle’ and ‘Nil By Rote’ expose the wonderful duality and underlying playfulness at work within The Slow Beings music. Shifting from Smiths-like guitar pop to driving, hook laden indie rock through to country tinged indie pop often all within the one song, these tracks leave you in a far different musical and emotional place than you set out in.

‘(Let’s) Get (Married)’ is perfect, crafted pop with the type of warm intangible immediacy you’d expect to find on a Wrens album. Similarly ‘Yoskar-Ola Song’ exudes a kind of affected yet magnetic humanity all in the guise of gorgeous alt-country pop. The Slow Beings have an innate knack for re-inventing the edges of indie rock and pop through a reverence for its form and power, yet irreverence in its handling.

In Chronology And Out Of It: On The Same Page With The Slow Beings

1822: The Shelley’s settle at Casa Magni, near Lerici.

2005: CH and LC compose first song together. “We Know Why The Earth Moves” will eventually become title track of SBs’ desperately-anticipated debut album.

2007: Hugh Veldon ponders his future with the Baxter family, of Dundee.

1832: SBs (CH, HV, LC and the other LC) tour Northcote and Abbotsford. All band members compete vigorously for opportunity to drive Rent-A-Bomb van to and from concert appearances. Also, Percy Florence is entered at Harrow.

1826: SBs receive rapturous plaudits for debut single, “I Waste The Sea,” from London Magazine, the Westminster Review and Keepsake.

2009: SBs airlifted into Chamounix on suicide mission to make valley as beautiful and picturesque as that of Servox.

We Know Why The Earth Moves Album Release

I Waste The Sea Single Release 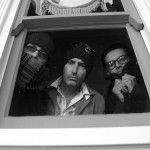 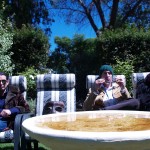 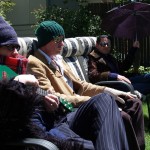 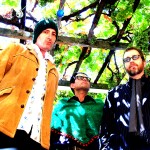 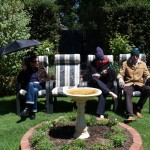 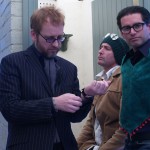 No music videos yet, sorry!

The Slow Beings’ music is  available for licensing (master & sync cleared) through Hidden Shoal. Please contact us with some basic details about your project and the track(s) you wish to use and we’ll be sure to get back to you straight away.