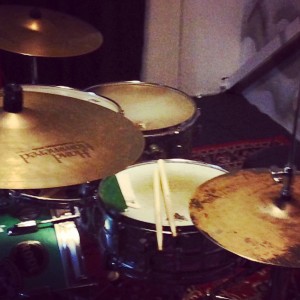 Makee’s bright-eyed, beat-driven tracks, as danceable as they are atmospheric, build to create a thoroughly rewarding sonic whole. His debut self-titled EP, self-described as “looped samples of atmospheric nostalgia”, spreads itself across beatific disco, ecstatic electronica, and shoegazing kosmische. The EP follows on from Makee’s first foray through Hidden Shoal, the wonderful remix of [The] Caseworker’s ‘Hold On To The Road’.

Makee’s bright-eyed, beat-driven tracks, as danceable as they are atmospheric, build to create a thoroughly rewarding sonic whole. His debut self-titled EP, self-described as “looped samples of atmospheric nostalgia”, stretches luxuriously across seemingly disparate genres. The fog-laden disco of ‘Bail’ is shot through with a beatific vibe; ‘Stez’ surges relentlessly on motorik rhythms; ‘Tone’ burns with ecstatic, sun-blind intensity; ‘Wake’ is infused with Caribou-esque psychedelia; and finale ‘Bord’ takes a leap into the void with the fervour of prime kosmische that’s been mollified by shoegaze.

[The] Caseworker – ‘Hold On To The Road (Makee Remix)’

Makee (Perth artist Daniel Cavalli) has taken the hesitant shuffle of [The] Caseworker‘s ‘Hold On To The Road’ and re-imagined it as an infectious driving groove. The wonderful sense of space evident in [The] Caseworker’s music is still present, but it’s beautifully aligned with Makee’s propulsive beatwork.

Makee is Perth-based musician Daniel Cavalli, whose musical life began playing drums and guitar. As drummers were rarer than guitarists, and because he was a shy team player rather than a guitar hero, Cavalli most often hit the skins when jamming with friends. It wasn’t long before Cavalli figured that the best way to mesh his love of stringed things with drums and other instruments was to try his hand at production. Thus began a rather long and protracted musical journey littered with four tracks, samplers, sequencers and reel-to-reel tape, culminating in the purchase of a computer and some dodgy sequencing software. Even though he was immersed in a sea of ’90s atmospheric drum ’n’ bass at the time, he slowly but surely began to navigate back to his roots in guitar-based music, started playing bass, and even plucked up the courage to sing now and again.

Then disaster struck: hard drive failure and no back-up. With all but a few of his scratched demo CDs lost, he began to rebuild his compositions. This was timely, as Hidden Shoal’s Cam Merton showed interested in doing something more, following on from Cavalli’s remix of [The] Caseworker’s ‘Hold On To The Road’. Makee then re-acquainted himself with an old mate called Hooch and got to work finishing his debut self-titled EP. 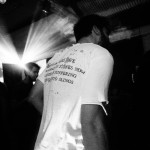 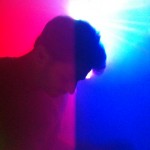 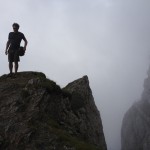 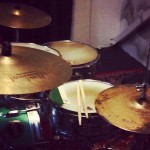 Makee’s music is  available for licensing (master & sync cleared) through Hidden Shoal. Please contact us with some basic details about your project and the track(s) you wish to use and we’ll be sure to get back to you straight away.