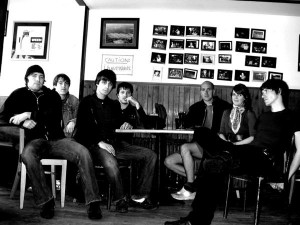 “The Hero Cycle are one of those rare bands that has the ability to mesh brilliant instrumentation, artistic lyrics, and great guitar indie pop melodies.” –  Your Standard Life

With seven band members feeding into the mix The Hero Cycle create a joyously large, textured sound coupled with complex arrangements to produce a feel that is at once spontaneous and measured. The band possess that magic combination of sound and song, pooling all the ingredients of shoegaze rock and indie pop and distilling them into undeniably catchy and driving tunes.

From the exultant indie rock joyride of “Breathing In” to the bursting pop immediacy of “Lovers Crime”, “Lakes and Ponds” grabs you by the hand, tickles your palm and propels you into it’s spacious and twisting trajectory. The EP manages that perfect balance between viscera and brains where pop hooks and songcraft walk hand in hand with a big layered sound.

The Hero Cycle started in the Green Mountains of Vermont in 2005, combining the varied talents of drummer John Gorman, synthist Tom Kelly, and guitarists Mike Prall and Frank Smecker (ex-Drowningman and ex-Escapist). Soon after, the band quickly grew, including fellow Burlington residents Hannah Wall (Magogs) on keyboards, Shawn Flanagan (Fire the Cannons and ex-Starlight Conspiracy) on bass, and third guitarist Adam Fuller (The Year’s Best). Thus, The Hero Cycle’s unique sound has been shaped by the eclectic mix of energy brought forth by each individual member.

The band’s sound remains solid, despite the unique influences of the many members, and hopes to continue a successful trend of interesting and powerful performances as well as recordings. Bringing years of musical experience to the table, the project acts as a creative haven for everyone involved. The music demands attention. Overall, The Hero Cycle shares their musical tastes and influences of the 80′s to current day and emotional attachments to vice and pleasure with a hopeful ever evoloving crowd of music-lovers. 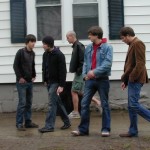 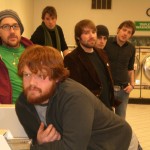 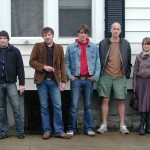 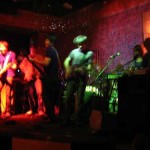 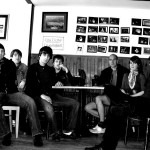 The Hero Cycle’s music is  available for licensing (master & sync cleared) through Hidden Shoal. Please contact us with some basic details about your project and the track(s) you wish to use and we’ll be sure to get back to you straight away.