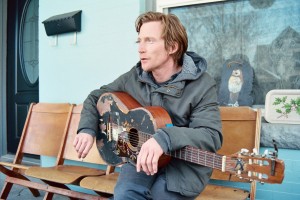 “The quiet beauty of Joe Sampson’s music comes from its stark simplicity, haunting textures and dark mystery” – The Denver Post

Joe Sampson is the champion of the musical understatement, each song exuding a gently mesmerising beauty. His music evokes the comfortably sad acoustic tones of Nick Drake or Leonard Cohen, ornamented with often darkly humorous lyrics, intoned in a soft yet road-worn baritone. Sampson’s intimate, emotive songs draw you in, gradually weaving their subtle magic.

The follow-up to his acclaimed EP Songs of Delay released earlier this year, Chansons de Parade is another exquisitely crafted collection of songs from Joe Sampson, with an uncanny ability to quietly get under your skin. While drawing from the musical spirit of Simon & Garfunkel, Iron & Wine, and Low, the songs on Chansons de Parade sound familial rather than familiar. Combining haunting yet playful lyrical narratives, a mesmerising road-worn baritone vocal, and a delicious melodic sensibility, these nine songs feel like long-term friends from the first listen. The music’s intimacy, gently lilting country slant and spacious, restrained instrumentation add depth and resonance to Sampson’s rustic folk influences.

Songs of Delay is a sublime five-track EP of consummate songcraft. Across its 13-minute run-time, Joe Sampson patiently unfurls a perfectly formed suite of acoustic vignettes, each song exuding a gently mesmerising beauty. Stripped back in both instrumentation and execution, with additional vocals by Nathaniel Rateliff on ‘Songbird’, the EP leaves its raw, emotional core exposed, evoking the comfortably sad acoustic tones of Nick Drake or Leonard Cohen. Ornamented with often darkly humorous lyrics, intoned in a soft yet road-worn baritone, Sampson’s intimate, emotive songs draw you in, gradually weaving their subtle magic.

Since his childhood days singing in his family’s barbershop quartet, up through his years collaborating with celebrated musicians like Nathaniel Rateliff and Esme Patterson, Joe Sampson has steadily sharpened his sound and style, becoming one of Denver’s most celebrated songwriters. Westword named him Songwriter of the Year in 2008, describing his work as “combining the emotional weight of acoustic breakup albums like Beck’s Sea Change or Ryan Adams’ Heartbreaker with an aw-fuck-it humour.”

I am a long boy blue
Long before I had you
So come let me sing you a song
It won’t do no harm
Friends at bay
Friends no more
you passed your day
as a friendly sort
What could you prove
What did you move
When you said
Ahh…is that what you do?

Moon on the Rise

There’s a moon on the Rise
Reflecting off the tide
Then, reflecting off those tired eyes
There’s no boating home
All I want to do is spend my days on glue
And drink for a while until I smile

And it’s a cold walk
To get into your town

Belong to us
Hang around
To abuse the common ground

Go retire down the road
What the fuck should you know

On My best
My love
Something that we should show 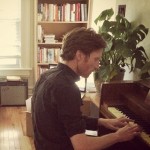 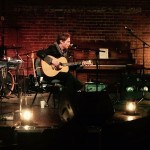 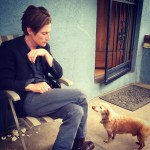 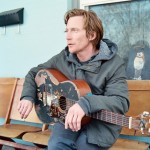 Joe Sampson’s music is  available for licensing (master & sync cleared) through Hidden Shoal. Please contact us with some basic details about your project and the track(s) you wish to use and we’ll be sure to get back to you straight away.