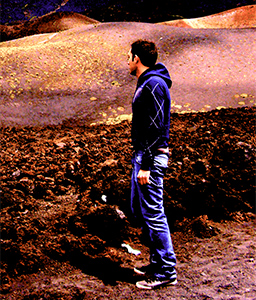 Willem Gator creates a unique blend of downtempo beats, fat basslines and a multitude of oriental and orchestral instruments. He creates music that is not only about ‘place’, but also deeply embedded in its own place of construction and composition. His pivotal 2011 album Hong Kong Express is testament to this approach, composed while the artist lived in a ‘cubby hole’ apartment in Kowloon.

Sold Out taps into both the playful, danceable territory of Severed Heads and the focused melodic drive of early Warp releases. ‘2007’ is hypnotic and pulsing, evoking a dreamy, nocturnal landscape. ‘Fragments Vol. 2’ conjures an eerie, almost tribal atmosphere, like Popul Vuh jamming with Dead Can Dance. The five-track release reaches its climax with the 11-minute ‘It Collapse’, which lays elegant yet icy synth tones over stuttering rhythms and a roving, questioning bassline.

Across its concise 40-minute run-time, Locked-In Syndrome deploys its beats and synths for maximum impact, creating an eminently danceable yet deeply melancholic experience. Conveying the overwhelming experience of being at a hedonistic celebration and feeling profoundly detached and alone, these electronic paeans to dislocation scale the musical skies while plumbing the emotional lows. Stretching out across six-plus minutes, tracks like ‘Umbrella Revolution’ and ‘AF 16’ have a deeply satisfying momentum, carrying the listener towards a shadowy, unknown destination. Indeed, for Willem Gator, the journey is the destination – a lonely ride through night-time streets, where bright lights promise much and deliver nothing… The album features stunning artwork by English collage artist and musician Ashley Reaks.

In “Hong Kong Express” fat basslines create Berliner style patterns pulsating through landscapes of oriental instruments such as the Erhu, Zheng, Sanxian and swarms of Chinese percussions. While you listen to these tracks, you’ll be able to see and feel the places, faces and ambience of the streets in Hong Kong and of the smothering cubby-hole in Kowloon where they were conceived and almost completed.

Touch me and i will save you

Touch me and i will save you is Guiseppe Musmeci’s sophomore release under the Willem Gator moniker, preceded by the debut Musica Orchestrale per sordi. The album is a gorgeous tapestry of atmospheric down-tempo counterpointed by a number of more urgent and angular electronic beat driven explorations. As with each Willem Gator release Touch me and i will save you has a unique wholeness to it and expands when given the full album listening experience.

Willem Gator is Giuseppe Musmeci, self-taught composer, guitarist, electronic musician and member of the Italian post-rock outfit HC-B. Musmeci’s rich background in electronic music production and keen sense of texture sees him creating highly distinctive music under his Willem Gator moniker: “My music is photography of a time, of the people I met and the emotion they gave to me.” Willem Gator has performed throughout Europe, sharing the stage with musicians such as FM Einhet (Einsturzende Neubauten), Flying Luttenbachers, Unsane, DJ Spooky, Pansonic, Nobokazu Takemura, U-Cef, Battles and Art Brut. 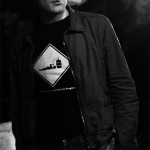 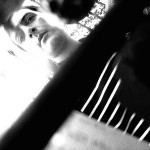 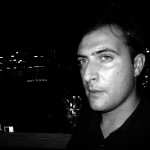 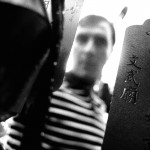 Willem Gator’s music is  available for licensing (master & sync cleared) through Hidden Shoal. Please contact us with some basic details about your project and the track(s) you wish to use and we’ll be sure to get back to you straight away.