Willem Gator “The Encyclopedia of Failure” Out Now! 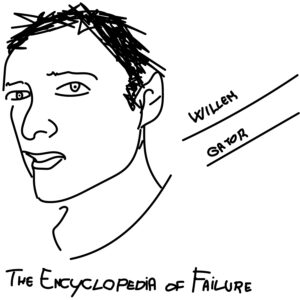 We’re excited to announce the release of The Encyclopedia of Failure, the brilliant new album from Italian electronic artist Willem Gator. The album is available now via Bandcamp, Spotify and all good online music stores. The album is accompanied by a beautiful new music video for the album track ‘A journey of a thousand miles begins with a single step’, available to stream via YouTube.

The Encyclopedia of Failure is the final album to be released under Giuseppe Musmeci’s Willem Gator moniker – but certainly not the last we will hear from him. Fittingly, there’s a focus and relentless drive to this music that speaks to a desire for closure. ‘A journey of a thousand miles begins with a single step’ opens the album in a style reminiscent of Giorgio Moroder’s Midnight Express soundtrack, which sets the scene for a hypnotic, nocturnal excursion. First single, ‘When stuck, hit the road’, is a heady dancefloor filler, with its roving, gaseous synths and insistent beats. ‘The highlights of a failure’ channels prime Plaid and draws on some of the noisy, rhythmic elements of early Severed Heads, resulting in a visceral, emotive piece. ‘Poets don’t finish poems, they abandon them’ closes the album like a slow-release musical narcotic, gradually building tension before letting it out in one final, cinematic exhalation.