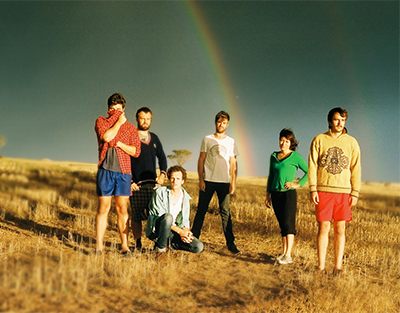 “The might of, I dunno, Mogwai is still there, but the charm of Múm is also present. They paint mountains in broad strokes but afterwards they take time to put in Sherpas and goats partying on the cliff face.” – Love Is My Velocity

Most instrumental rock suggests the apocalypse is coming. If it is, Apricot Rail are too busy crafting beautiful lilting melodies to care. This Perth sextet have the charm, humour and songwriting nous – and a killer live show – to re-ignite anyone’s belief in music’s subtle, giddy powers.

Almost four years after the release of their acclaimed self-titled debut album, Perth-based multi-instrumental pop sextet Apricot Rail return with their sophomore album Quarrels, which features the singles ‘Basket Press’ and ‘Surry Hills’. A foray into more experimental territory, Quarrels features lusher, denser instrumentation, is rich in ideas yet toys with new levels of restraint. The band’s trademark harmonic guitar passages and syncopation sit beneath languid brass and woodwind, balanced by glitchy electronica, dramatic crescendos and opium-infused oriental explorations; slow, meandering waltzes give way to moments of ethereal lightness and beauty. This music transcends fads and trends to appeal to anyone drawn to beautiful, supple songcraft. The majority of Quarrels was recorded over a four-day period during January 2012 in an isolated farmhouse in Western Australia’s bleak Central Wheatbelt. Instruments were sprawled across a lounge room and picked up at will by the players and in turn by microphones placed in different corners of the room. Back in Perth the real work began, with Justin Manzano going through the recordings, making adjustments and adding the odd track to the collection. Towards the end of 2012, the album was mixed by indie producer extraordinaire Scott Solter and mastered by Simon Struthers (Umpire, Muzaizake).

Features exclusive bonus tracks previously only available on a limited run cd-r available at the ‘Surry Hills’ launch show. ‘Surry Hills’ is a stunning new song from the much-beloved Apricot Rail that gradually blooms from a shimmering haze of harmonics and ride cymbal into a delicious interweave of resonant guitars and woodwind melodies. The song’s restraint becomes its strength as the hairs on the back of your neck slowly rise. Inhabiting a similar sonic space to Sweden’s marvellous trio Tape, ‘Surry Hills’ is destined to garner a fresh new raft of fans for Apricot Rail’s addictive brand of melodic instrumental pop. After the success of their debut album, ideas for new Apricot Rail songs, including ‘Surry Hills’, were formulated during the band’s extended break late in 2009, after which the songs were road-tested live. While ‘Surry Hills’ maintains a minimalist, restrained and rustic feel typical of Apricot Rail’s debut album, the track also represents a shift in instrumental duties for the band, with new member (number 6!) Justin Manzano (Tin Man) playing guitar, Matt Saville moving from drums to glockenspiel, Daniel Burt moving from bass to percussion, and Jack Quirk moving from guitar to keyboards/electronics, along with Ambrose Nock on guitar and Mayuka Juber on flute.

Apricot Rail produce some of the most discretely charming, lush instrumental pop music you’re likely to hear all year. Delicate, bell-like arpeggiated guitars weave around snaking clarinet and flute, while the beautifully held back yet sanguine rhythm section drives the whole thing into a blurred, sun-soaked horizon. Their debut album features the wonderfully received single ‘Pouring Milk Out The Window’, an anthem without ever having to be anthemic, a melancholic reverie that never resorts to the emotional ease of sadness. ‘If You Can’t Join Them, Beat Them’, which featured on the 2009 Spunk Singles Club compilation album, is another chiming standout. And gorgeous closing track ‘Halfway House’ weaves in bubbling electronics as the band lead the listener through glowing landscapes and light-drenched vistas.

One day, after his star sign promised a ‘dynamic’ afternoon, Ambrose Nock (guitar) decided it was the right time to form a band known as Apricot Rail. He was soon joined by Jack Quirk (guitar), Matthew Saville (drums) and Daniel Burt (bass). The premise of the band was simple: music based on unique guitar tunings, the use of natural harmonics, and very open ideas about other instruments, electronica and song structure. After a debut gig at the Hyde Park Hotel in March 2008 with four members and as many songs, the band soon added a fifth in Mayuka Juber (clarinet/flute), redefining the balance of guitars with the addition of beautiful woodwind melodies.

The band’s debut recording was a DIY affair, with members heading off to a rural property near Yorkrakine, 220km north-east of Perth in WA’s Central Wheatbelt. In the following months, the resulting demo got regular rotation on Perth’s RTRFM, and though unreleased, was rated by the station’s Homegrown presenter Chris Wheeldon as his second-favourite local outing of 2008. In the second half of the year, Apricot Rail chalked up some serious gig mileage, along the way supporting the likes of Holly Throsby, Charge Group and Adam Said Galore and finding refuge among Perth’s emerging post-rock/experimental scene.

In November 2008 the band headed into Kingdom studios under the guidance of Simon Struthers (Umpire, Adam Said Galore, Mukaizake) where the band recorded their soon to be released self-titled debut long player. Australian fans got a chance to taste some of the new album’s sublime wares when the Apricot Rail track ‘If You Can’t Join Them, Beat Them’ was released on the prestigious Spunk Singles Club compilation album along with the likes of Leader Cheetah, The Dead Sea and The Middle East. The band was also recently nominated for Favourite Newcomer in the 2009 Western Australian Music Industry Awards. 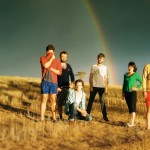 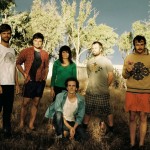 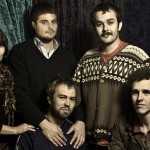 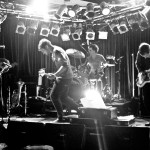 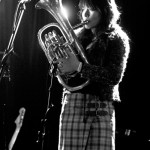 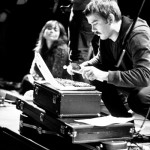 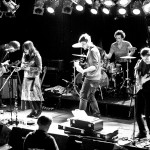 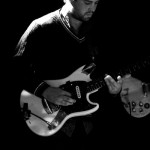 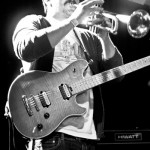 Apricot Rail’s music is  available for licensing (master & sync cleared) through Hidden Shoal. Please contact us with some basic details about your project and the track(s) you wish to use and we’ll be sure to get back to you straight away.