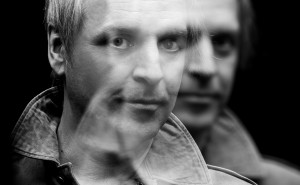 “… prepare for a shuddering, near chaotic, kaleidoscopic experience as Mehr challenges our and his own preconceptions of what “electronica” is, what it represents and of what his instrumentation can achieve.” – Delusions of Adequacy

Though German experimental ambient artist Markus Mehr often approaches the creation of his albums via a conceptual lens, the results are always immersive, uncannily emotive and deeply musical. Whether recontextualising field recordings of water, the acoustic properties of rooms or the sounds of digital technology, Mehr employs a astute sense of how sounds evoke spaces, memories and feelings.

Liquid Empires is a sonic exploration of the centrality of water to life on Earth. As Mehr explains, “We are water. Water is everything. It is life-giving and deadly, it is progress and comfort, it is central to our economy, energy, transport, food, warmth, cooling and manufacturing. At the same time, water means purity, beauty and mysticism. We spend the first nine months in it. We waste it and we contaminate it…”

Over the course of more than two years, Mehr recorded the sound of rivers, lakes and oceans, then set about transforming these sonic source materials in the digital domain using spectral analysis and time manipulation software. The result is some of Mehr’s most mesmerising compositions to date, teasing out harmonic patterns and microscopic textures that are beautiful as they are mystifying.

Re-Directed is a confrontational soundwork of digital surrealism, underpinned by a potent and timely theme: our dependence upon digital technology and communication, and how this dependence renders us vulnerable to exploitation. The project originated as an audiovisual performance with long-time collaborator Stefanie Sixt, for which Markus Mehr recorded hours of sound from servers, hard disks and mobile phones using induction microphones, rendering the inaudible audible and bringing the background noise of digital life into focus. Mehr’s lens is trained on our uncritical reliance upon the invisible systems that infiltrate our everyday lives, silently eating away at our capacity for self-determination.

Perhaps the most confrontational and abstract release in Mehr’s discography thus far, Re-Directed challenges the narrow confines of music, moving towards the realm of musique concrète. It demands active engagement from the listener, alongside acknowledgement of its conceptual nature. As challenging and complex as it may be, Re-Directed is an incredibly powerful and immersive listening experience for those willing to undertake the journey on Mehr’s terms.

In The Palm Of Your Hand – The Remix EP

The original album mix of ‘In the Palm of Your Hand’ maps out the dichotomy at the heart of Binary Rooms. While plaintive piano chords suggest openness and possibility, they’re perpetually hemmed in by a claustrophobic industrial throb, creating a tension that aches to be resolved. The first remix, by Hamburg duo incite/, ramps up the tension by slicing and dicing the ambient throb into a glitchy tapestry and smothering the piano in sonic gauze. Conga Fever dials back the ambience and juxtaposes the piano against a sun-dappled beatscape. Hidden Shoal labelmate Erik Nilsson makes the piano the focus, bringing in field recordings to create the feeling of a beautiful jazz improvisation taking place on a demolition site. And finally, David Kochs’ remix filters the haze of the original into sharp yet dreamy minimal techno.

‘Gymnasium/Swarms Live with Orchestra’ is a an amazing re-working of the original track, which appears in its original form on Mehr’s latest album, Binary Rooms. This special performance includes live orchestra and choir along with visuals by Stefanie Sixt.

As Markus Mehr explains in a new interview with Hidden Shoal’s Matthew Tomich, the live performance of ‘Gymnasium/Swarms’, which opened this year’s Modular Festival in Augsburg, Germany, involved Mehr’s collaboration with conductor Michael Kamm, plus the Modular Orchestra and Chamber Choir of Augsburg University. The live video by Florian Strandl depicts the musicians masterful reinterpretation of the music’s evocative, beatless soundworld via the clever use of clocks and Michael Kamm’s conducting. From rustling paper and shuffling feet, to gorgeous sustained choral tones and vibraphone, ‘Gymnasium/Swarms Live with Orchestra’ is a unique performance of a deeply evocative piece of sound art.

Mehr’s work has seen a subtle shift in scale across his five studio albums. From the widescreen cosmic vistas of Lava to some of the more intimate moments of his 42-minute single-track opus Off, Mehr has now come to examine the most challenging space yet – that of our everyday lives and the spatial narratives that surround us. Mehr’s music has always possessed a keen sense of and negotiation with scale, and on Binary Rooms he challenges notions of personal space, juxtaposing the human against the industrial, the gentle and intimate against the jolting and harsh. Mehr acts as a fragment hunter, meshing machine-like tones with the discarded elements of humanity; narrative with anti-narrative. On Binary Rooms he manages to create a spatial remix – a striking re-design of aural reality filled with a living, digital biology. Experimental filmmaker and Markus Mehr collaborator Stefanie Sixt has created a stunning new video work for the track ‘Gymnasium/Swarms’ which can be viewed in full at Vimeo.

Off  by German experimental ambient artist Markus Mehr, is the third and final part of a trilogy that includes the critically acclaimed releases In and On. Off  is not only the culmination of Markus Mehr’s trilogy, but it may also be the culmination of his career’s work thus far. The single-track album begins in silence, as a thrumming loop gradually emerges. From there, a beautiful piano refrain is introduced, noise ebbs and flows, threatening to engulf the piece, while field recordings and swooningly transportive synth patterns drift into focus. During its 42-minute runtime, the piece immerses the listener in a dizzyingly beautiful soundworld that’s ever-shifting. Certain passages allude to other sequences and samples in the preceding albums, linking the three albums into a kaleidoscopic mobius strip.

The new album On by German experimental ambient artist Markus Mehr, forms the second part of a triptych that also includes recent release In and the forthcoming Off. On is a continuation of the experimental direction of Markus Mehr’s previous releases, with eight diverse tracks employing samples, field recordings and slathers of Mehr’s trademark distorted drones. This approach is apparent right from opener ‘Gonna Make You Mine’, as scything slashes of sound leap from the speakers. Single ‘Flaming Youth’ counterbalances fragments of static against a gorgeous sleepy-eyed loop of mangled lounge-jazz. A track as expansive and moving as ‘Duck Became Swan’ is followed by brief rhythmic piece ‘Olympia’. This tightrope walk between dizzying samples and exacting digital manipulation is walked with aplomb throughout On’s adventurous and thrilling 45-minute runtime. On is preceded by In, the first part of the triptych, which comprises two monumental tracks, ‘Komo’ and ‘Ostinato’, each of which clocks in at around 25 minutes, circling around and building upon hypnotic instrumental motifs. The final part of the triptych, Off, released on 24 January 2013, includes the most epic piece yet, ‘Transit’, which clocks in at 49 minutes and will be performed live in collaboration with video artist Stefanie Sixt, who created the video to Mehr’s single ‘Cousteau’.

Markus Mehr follows up his stunning debut album Lava with three new releases released over a 12 month period. In is the first part of the triptych, comprising two monumental tracks, ‘Komo’ and ‘Ostinato’, each of which clocks in at around 25 minutes, circling around and building upon hypnotic instrumental motifs. ‘Komo’ gradually emerges from silence, its distant, filtered throb reluctantly revealing its source material – a heartbreaking string part whose emotional impact intensifies as the loop clarifies. ‘Ostinato’ is an altogether darker, gnarlier experience, its string loops chewed into distorted knots which are highlighted by treated guitars and crafted electronics. The second part, On, released on 21 June 2012, takes a more experimental direction, with eight diverse tracks employing samples, field recordings and slathers of Mehr’s trademark distorted drones. And finally, Off, released on 24 January 2013, includes the most epic piece yet, ‘Transit’, which clocks in at 49 minutes and will be performed live in collaboration with video artist Stefanie Sixt, who created the video to Mehr’s single ‘Cousteau’.

Lava holds true to its title – it is a dense surge of glue-think sound, making new paths as it pushes through the landscape. But, after any destructive force there is new growth. Green shoots of melody arc out of the surface and populate the terrain as new possibilities emerge. A new master of heartbreaking ambient drone has arrived. These tracks evoke time spent transfixed, gazing through a giant looking glass, waiting wide-eyed as new discoveries are revealed in the album’s textured contours. On epic opener ‘Agenda’, layers of gorgeous synth gradually accumulate into a gloriously massive chord. On single ‘Hubble’, a bedrock of fuzzed drone is decorated with glistening counter-melodies, tracing shards of light across the coal-black skies. ‘Softwar’ builds and then falls away, only to return with a spine-tingling theme that crumbles under its own majesty. Lava’s ability to both suspend the listener in its abstracted liquid vapours and at the same time imprint its affecting narrative is a special thing. It is one of those albums whose emotional impact stays with you long after you feel its last touch.

Based in Augsburg, South Germany, Markus Mehr’s musical journey began with the guitar. After recording and touring with several bands, he struck out on his own with home studio project Aroma. Now working under his own name, Mehr has previously released eight albums, all on Hidden Shoal: Lava (2010), ambitious triptych In (2012), On (2012) and Off (2013), Binary Rooms (2014), Re-Directed (2016), Dyschronia (2017) and Liquid Empires (2018). Mehr’s extensive live performances across Europe include collaborations with visual artist Stefanie Sixt and performances in churches, galleries and large disused gas tanks amongst the more traditional festival shows. 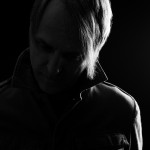 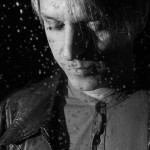 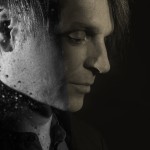 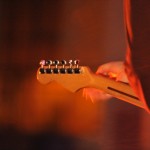 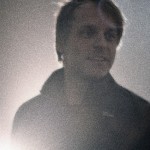 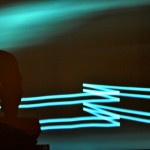 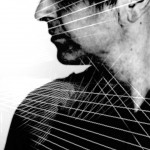 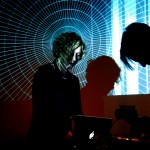 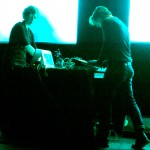 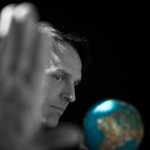 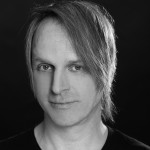 Markus Mehr’s music is  available for licensing (master & sync cleared) through Hidden Shoal. Please contact us with some basic details about your project and the track(s) you wish to use and we’ll be sure to get back to you straight away.