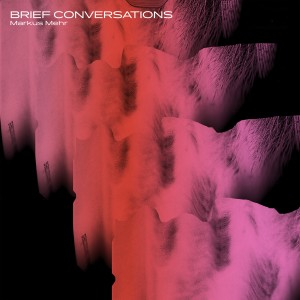 Hidden Shoal is proud to announce the release of Brief Conversations, the ninth album by German experimental ambient artist Markus Mehr. The album is available now in digital and cassette formats via Bandcamp and digitally via Spotify, iTunes and most other platforms. Also be sure to check out the new music video for album track ‘Relief’ on YouTube.

Brief Conversations is Markus Mehr’s ode to the acoustic properties of the spaces we listen within. High-resolution recordings of rooms acted as the source material, which Mehr then alchemically blended into mesmerising ambient environments, rich with reverberant details. As Mehr explains: “Rooms communicate with us, we can listen to them. Their vocabulary includes their interior, their architecture and their surroundings. The material and arrangement of the walls and their volume determine their resonances and the nature of their reverberation. Thus each room has its own articulation, its own acoustic fingerprint.”

As the mediator between the sounds and their spatial containers, Mehr has exposed a level of granularity we so often ignore, re-shaping the raw materials into immersive new experiences. Despite its challenging conceptual nature, the album is undeniably sensuous and hypnotic, giving up its secrets slowly but surely with repeat listens.

The music of Markus Mehr is available for licensing for film, tv, web, games and beyond via Hidden Shoal. Check here for more info.