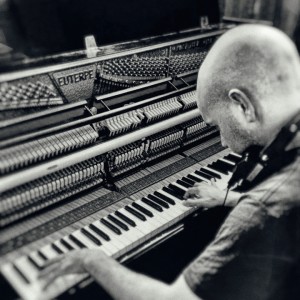 “… a mesh of muscular and propulsive shoegaze with an ethereal touch, centered around hushed vocals and a towering yet hypnotic arrangement that recalls Mogwai and The Octopus Project, with a cinematic and elegant air.” – The Violent Joy of Movement

The music of Bordeaux-based atmospheric rock band Lunar Landscape is as expansive as it is intimate. Whether drawing grand melodic shapes during extensive instrumental passages, or beckoning the listener close with hushed vocal incantations, their debut album The Infinite Pleasure of Being maps out epic emotive terrain that rewards deep exploration.

The Infinite Pleasure of Being

The Infinite Pleasure of Being effortlessly traverses piano-led neo-classical works and epic shoegaze numbers. Whether drawing grand melodic shapes during extensive instrumental passages, or beckoning the listener close with hushed vocal incantations, these songs map out epic emotive terrain that rewards deep exploration. Right from the opening guitar chimes and stratospheric organ tones of ‘Chaque Seconde de ta Vie’ through to the Holst-inspired ‘Virtual Grey-Eyed Child’, The Infinite Pleasure of Being dictates its own sense of scale. Whether employing charmingly child-like tones in the Flaming Lips-esque ‘Something I Feel’, or laying down satisfyingly gritty rhythms on ‘Les Nuis Célestes’, Lunar Landscape effortlessly adapt their instrumental palette to suit their songcraft.

The songs that comprise the debut album by new project Lunar Landscape have been written throughout Arnaud’s musical life. The Infinite Pleasure of Being was recorded by Marco Gomes at Studio Carat with a new band in 2016, featuring Les Limbes’ Yoann Roy (bass), Franck Lantignac (drums), Line Senium (piano) and Marine Hebard (vocals). 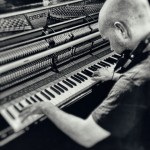 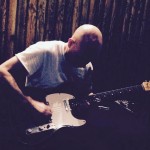 Lunar Landscape’s music is  available for licensing (master & sync cleared) through Hidden Shoal. Please contact us with some basic details about your project and the track(s) you wish to use and we’ll be sure to get back to you straight away.