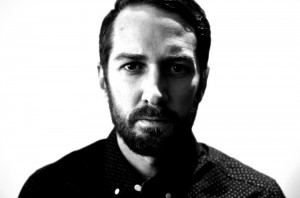 Best known for his solo work as Arc Lab and Tyyson, and as half of Hidden Shoal’s electronic duo Down Review with Tim Arndt (Near The Parenthesis), Medard Fischer’s eponymous solo work distills the warm ambience and impressionistic piano work of his previous releases into cohesive new forms. These thematically driven compositions orbit the intersection of modern classical music, textured ambient soundscapes and music for film, creating undeniably moving instrumental works.

On Lucky You, Medard Fischer’s creative process was influenced by his father’s struggle with cancer and tragic passing. While coming to terms with his loss, Fischer was intrigued by recent studies suggesting that more than two-thirds of cancerous mutations may be caused by random replication errors, and was inspired to explore how the implications of chance shape lives in both ordinary and profound ways.

Taking its cues from generative music and sound collage, stochastic processes are central throughout Lucky You; they define timbres, melodies and entire song structures. Elements pop in and out like sparks, driven by random number generators, multi-tiered probability gates and feedback loops cycling through old electronics. Yet, despite its conceptual underpinning, Lucky You has immediate emotional resonance, befitting the circumstances that inspired it. Pieces shift from playful to contemplative and from hopeful to haunting  – tracing contours of moments lived in the shadow of chance, by turns beautiful and tragic.

Four Songs for the City of New York

On his new EP Four Songs for the City of New York, Medard Fischer brings all of his considerable musical sensitivity to bear to create exquisitely moving neo-classical ambient. Although best known for his solo work as Arc Lab and Tyyson, and as half of Hidden Shoal’s electronic duo Down Review, Medard Fischer’s eponymous solo work distills the warm ambience and impressionistic piano work of his previous releases into cohesive new forms.

Four Songs for the City of New York pays homage to a dynamic, incomparable city. Opener ‘The Imaginary City’ traces icy outlines in high-register piano notes before a celestial drone and unnerving voices subsume the mix. ‘Five Years Almost to the Day’ is similarly reflective, but infused with undeniable hope and warmth. ‘Monument’ and closer ‘A Light That Doesn’t Go Out’ are perhaps closest to the iridescent electronica of his Arc Lab work, yet they radiate a depth of yearning and melancholy that is indescribably touching.

Four pieces inspired by the events surrounding Peter Fechter’s death and triumph over the misery of his final moments. To honour his desire for freedom and a better life, net proceeds of EP sales will be donated to the UN Refugee Agency. About Peter Fechter: On August 17, 1962, Peter Fechter, an eighteen year-old East German bricklayer, became one of the first and youngest fatalities of the border patrols along the Berlin Wall. Fechter and a friend ran the wall near Checkpoint Charlie in the Kreuzberg district of central Berlin. Fechter was shot in the pelvis by an East German border guard during his attempt to scale the wall and fell back into the “death-strip” on the eastern side. He lay in agony in full view of western onlookers, and of border guards on each side of the wall. Despite his pleas, he was refused medical attention, and western bystanders were prevented at gunpoint from assisting him. He died of blood loss approximately an hour later. The senselessness of his death and the refusal of both East and West German border guards to render him aid was a flashpoint for anger in Berlin over division of the city and construction of the wall and led to the eruption of spontaneous demonstrations in the city.

A Toronto native and Sydney resident via New York, Medard Fischer creates music as varied and evocative as the places that have inspired it. As 50% of Hidden Shoal duo Down Review and 100% of Tyyson and Arc Lab (released on n5MD, MMBP and Duotone), Fischer’s releases over the past 10 years have taken in warm ambience, avant electro-pop, impressionistic piano etudes and tough electronics. Dropping the pseudonyms, his latest eponymous work distils these disparate touchpoints into cohesive, thematically-driven compositions orbiting the intersection of modern classical music, textured ambient soundscapes, and music for film. In 2014 he self-released Four Songs For Peter Fechter, a lament for the wrongfully killed – a reckoning of injustice. Four Songs for the City of New York, which pays homage to a dynamic, incomparable city, is his first solo release on Hidden Shoal. 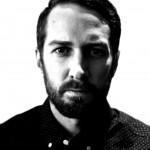 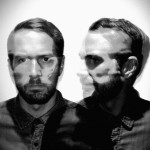 Medard Fischer’s music is  available for licensing (master & sync cleared) through Hidden Shoal. Please contact us with some basic details about your project and the track(s) you wish to use and we’ll be sure to get back to you straight away.