New Trailer for “The Trail Beyond” Feat. Liminal Drifter and Medard Fischer 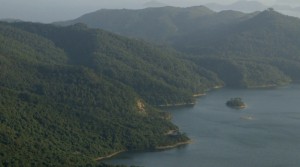 We’re excited to share the next trailer for the wonderful in-production documentary The Trail Beyond, featuring tracks from Liminal Drifter and Medard Fischer. You may recall seeing the previous trailer which featured the Erik Nilsson track ‘On and Onward’. The film, which will see release in 2016, documents the innovative Trail Beyond program which is aimed at inspiring and empowering women to achieve their goals and strive for more than they thought possible. Directed by the wonderful Cassie De Colling (founder of Natureel) the documentary will feature a soundtrack comprised of a range of Hidden Shoal artists and tracks. Check out the preview trailer below.

The Trail Beyond – Race 3 Hong Kong Lantau 70 from Natureel on Vimeo.