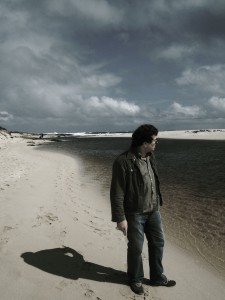 Toby Richardson represents an important part of Perth music history via pivotal 90’s band Mustang! who releasing the EP “Jacuzzi International Presents Mustang!” through Survival Records in 1994. His debut EP Golden Days is a 6 track lo-fi rock opus. With all the playful charm of Robert Pollard and the wirey choreography of Pavement, Richardson removes all pretension and carves his own special shape into the indie rock landscape.

The Stones And The Rabbits

‘Young Sweet Lovers’ kicks off proceedings with all of Toby Richardson’s delicious trademark ingredients: booming drums, fuzzy guitar lines and just-rolled-out-of-bed vocal delivery, married to wonderfully skewed melodicism and Richardson’s innate sense of songcraft. The lead riff is tasty enough, stumbling drunkenly through its extended coda, but the song’s apex comes with its slide guitar lines that weave woozily around fuzz bass. The title track features one of Richardson’s catchiest hooks to date, plus plenty of meandering, harmonised guitar soloing that splits the difference between Dinosaur Jr and an ether-soaked country hoe-down. The track’s disarming lack of pretense plays against Richardson’s affected take on rock as wailing guitars and driving chords quaver and bend in and out of shape. ‘Wrong Highway Road’ dials back the irreverence, soaking in its gorgeous fuzzy reflections upon a spooked-out night drive, “halfway to nowhere”. The track feels like The Doors playing with a gun to their heads. Next up, single ‘King Of All The Moves’ is like a garage band falling endlessly down a cartoon staircase. The track pays homage to dirty rock while turning it inside out and painting it with jelly, creating a soundtrack to some unimaginable ‘70s cop show filled with sequins, half-naked dancers and possibly a dolphin. ‘Managaha Island’ rounds out this addictive EP in style, tumbling and shimmying with tousle-haired insights and off-hand melodic grace.

With his inimitable lo-fi stylings, Richardson has produced another indie-rock gem. The album’s skewed melodicism is married to an amazing sense of songcraft that reawakens the listener to the invigorating possibilities of rock ’n’ roll. With all the playful irreverence of Robert Pollard and Pavement, Evergreen sees Toby laying down 10 songs of irrepressible lo-fi stadium rock. The album features wonky fist-in-the-air anthems that blend the catchy attack of The Kinks with the bluesy skronk of Captain Beefheart, through to bent pop-fuelled love songs that wind their way into your aorta like cupid’s heartworm. Richardson has managed to strip the skin from classic rock ’n’ roll, cover it in fur, jewels and barbed wire and ride it through a casino. The unbridled, irrepressible feel of this album is hard to deny.

The spark that started Toby Richardson’s musical journey came from the inexorable flame of the Perth rock scene. Seeing bands like The Stems, The Marigolds, Chad’s Tree, The Healers and touring acts such as Ed Kuepper and The Yard Goes On Forever in the late ’80s captured his imagination. This was a revelation of the immediate power and excitement that live rock ‘n’ roll can create – and what a great setting it provides for drinking beer.With his brother Mark playing in bands Chant and Be Happy and Grin, Toby decided to give it a crack himself. Due to the informal nature of the rock industry back then, it was almost like he’d only just busted out a few chords before he and his cronies hit the stage. Running on borrowed equipment and Austudy cheques, his first band Pool Flotation Device played three gigs, got a decent review and broke up.

Toby then joined already established band Mustang! Other band members were Chris Gorman on drums, John Henderson (later Mike Staude) on lead guitar, Chris Gorman on drums and Hamish Fitzsimmons on bass. At that time Toby and his band mates were influenced by artists such as Teenage Fanclub, Pere Ubu, Urge Overkill, Television, Big Star, Captain Beefheart and Dinosaur Jr. Mustang! soon got a decent following through art school crowds and a bit of harmless hype in local rock press. They also had some catchy tunes and plenty of volume – Toby now suffers from tinnitus as a result. Some of the venues they played were The Shenton Park, The Old Melbourne, The Grosvenor, The Firm and The Loft. Their Rock cohorts were bands such as Baked, O!, Wormfarm, Bluetile Lounge, Wooden Fische and Benji.

Of this group of bands a collective known as Jacuzzi International was formed. This was basically a good excuse to party, and an easy way to organise gigs. The name was simply derived from the enjoyable practice JI members had of sharing a jacuzzi with friends at JI parties.

The Stones And The Rabbits EP Release 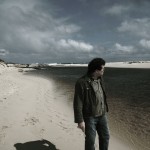 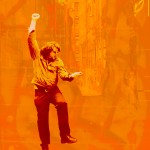 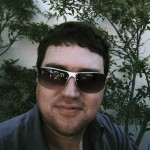 Toby Richardson’s music is  available for licensing (master & sync cleared) through Hidden Shoal. Please contact us with some basic details about your project and the track(s) you wish to use and we’ll be sure to get back to you straight away.