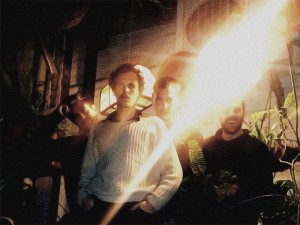 “Every part of this record coalesces together strangely, perfectly. And even among the towering, cinematic instrumentals – perth still craft a weird sense of sparseness that makes this sound like a bunch of opiate-swilling krautrock kings running down a sand dune.” – Who The Hell


Australian outfit perth shift effortlessly between psychedelic pop, folk-laced electronica and shoegaze, melding these disparate genres into a beautifully cohesive statement. The band’s magic lies in their ability to refract the individual members’ unique sensibilities through an experimental lens.

Where’s My Dystopia? by Australian outfit perth, comprises remixes of tracks from the band’s acclaimed second album What’s Your Utopia? What’s most startling about Where’s My Dystopia? is not only how beautifully it complements the original album, but also how well the remixes work together as an integrated whole. This is a reimagined journey through the musical landscape of the original album rather than a collection of disparate snapshots. Where’s My Dystopia? includes the single ‘Drank, Kites And Tomorrow’ remixed by GUM (Tame Impala and Pond’s Jay Watson) alongside radical reworkings by Seams, Filter Beds, Water Graves, Mei Saraswati, Valerio Cosi, Usurper of Modern Medicine, No. 9, Ghost Drums and Mental Powers.

Australian experimental pop outfit perth deliver their sophomore album What’s Your Utopia?. The band have managed to meld psychedelic pop, folk-laced electronica and shoegaze into a beautifully cohesive statement – a tribute to the idea of a fond place, or utopia, quietly residing in ‘no place’, beyond ourselves. The band’s magic lies in their ability to refract the individual members’ unique sensibilities through an experimental lens; kaleidoscopic sound design is matched by the band’s songwriting dexterity throughout the album’s nine tracks.

Single and opening salvo ‘Drank and Kites and Tomorrow’ summons forth glowing brass arrangements, reverb-drenched vocals and skittering breakbeats crafted from found sounds, building into a krautrock jam reminiscent of Neu! and Caribou. The gorgeous ‘Saw Promenade’ reimagines the shimmering vibes of prime Tortoise on an Australian beach, while ‘Greasy Moon’ is an echoing, disorientating, addictive stomp. Finale ‘Viewmaster’ mutates from brittle, spectral space-folk into a heartbreaking robot waltz, before dissolving then regrouping into a delirious droning coda.

The debut album from Australian outfit perth.  Combines elements of post-rock, electronica and psych into a beautifully coherent and mesmerising whole.

The band’s second album, what’s your utopia?, takes an eclectic approach to organic electronic music while evolving its scope and clarity. Recorded in a variety of locations, from a desolate cabin perched upon the surly south-west Australian coast to the glow of Studio 373 in Perth, the album was then mixed by the band’s Justin Manzano before being mastered by Simon Struthers (Mukaizake, Umpire) of Forensic Audio. 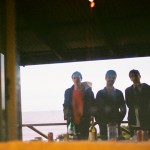 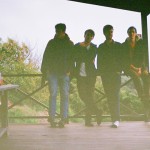 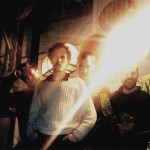 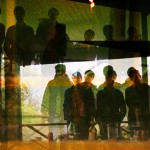 perth’s music is  available for licensing (master & sync cleared) through Hidden Shoal. Please contact us with some basic details about your project and the track(s) you wish to use and we’ll be sure to get back to you straight away.