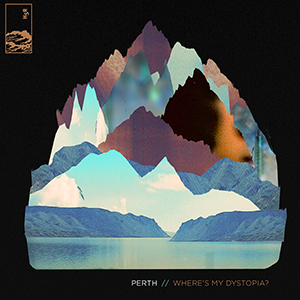 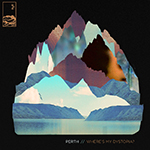 Hidden Shoal Recordings is excited to announce the release of the freely downloadable Where’s My Dystopia? by Australian outfit perth, comprising remixes of tracks from the band’s acclaimed second album What’s Your Utopia?

What’s most startling about Where’s My Dystopia? is not only how beautifully it complements the original album, but also how well the remixes work together as an integrated whole. This is a reimagined journey through the musical landscape of the original album rather than a collection of disparate snapshots. Where’s My Dystopia? includes the single ‘Drank, Kites And Tomorrow’ remixed by GUM (Tame Impala and Pond’s Jay Watson) alongside radical reworkings by Seams, Filter Beds, Water Graves, Mei Saraswati, Valerio Cosi, Usurper of Modern Medicine, No. 9, Ghost Drums and Mental Powers.

perth’s second album What’s Your Utopia?, which forms the raw material for this new remix album, manages to meld psychedelic pop, folk-laced electronica and shoegaze into a beautifully cohesive statement – a tribute to the idea of a fond place, or utopia, quietly residing in ‘no place’, beyond ourselves. The band’s magic lies in their ability to refract the individual members’ unique sensibilities through an experimental lens; kaleidoscopic sound design is matched by the band’s songwriting dexterity throughout the album’s nine tracks.

“Every part of this record coalesces together strangely, perfectly. And even among the towering, cinematic instrumentals perth still craft a weird sense of sparseness that makes this sound like a bunch of opiate-swilling krautrock kings running down a sand dune” – Who The Hell’s review of What’s Your Utopia? in their best of 2013 round-up

Head over to Bandcamp to grab your copy. Note it’s a “pay what you want” but throw a zero in there and still feel good – we live to give! And if you’ve not already indulged in the sonic and melodic majesty that is perth’s sophomore album, What’s Your Utopia?, then head to the Hidden Shoal Store to grab yourself a copy on CD or in digital formats.