Target Archery “The Nomenclature of Kites” Out Now! 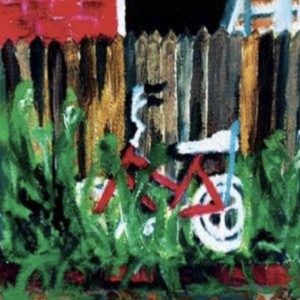 We’re very excited to announce the release of The Nomenclature of Kites, the second album from Perth-based indie-pop project Target Archery. The album is available now for download via Bandcamp, streaming via Spotify and from all the other usual online stores and streamers. Be sure to also check out the music video for the album track ‘The Flat Earther and his Rocket’ on YouTube.

Target Archery’s The Nomenclature of Kites further refines Target Archery’s incandescent blend of left-of-centre guitar music and Icelandic post-pop. The album journeys from Middle America and the absurd story of ‘Mad Mike’ Hughes, the flat-earther who built his own rocketship, to nights out in Perth’s inner east. Primarily written and recorded in the Western Australian wheatbelt by Ambrose Nock (Apricot Rail), the new album was produced by Justin Manzano and features contributions from Matt Harley (vocals) and Majuka Juber (vocals, woodwinds, pianet).

“Sitting somewhere between alt-folk, alt-pop, and post-rock… Endearing, but not without gravitas, the music is playful and yet full of emotion and drama too” – Overblown on Clock of the Long Now

The music of Target Archery is available for licensing (film, tv, web and more) via Hidden Shoal.