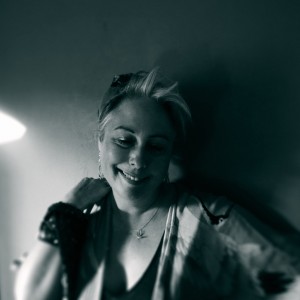 In her fourth album, Blood-Red Spark, March continues her exploration of a rich musical seam in which songwriterly storytelling and imagistic soundscape meet. Beautiful ambient/electro-pop soundworlds of warm spaciousness and radiant sensuality are underpinned by a compelling pulse – a vital heartbeat of an album of emotional concealments and revealments, truth and trickery, loss, longing and desire. March leads the listener through an immersive multi-layered world of melodic twists and unexpected harmonic shifts with the confident songcraft of a composer happily at home with her own distinctive musicality, occasionally  reminiscent of Goldfrapp, C Duncan, The Cocteau Twins or David Sylvian, using her voice as intimate centre point and textural instrument. The single ‘Let It All In’ is at the heart of this intimacy, distilling the emotional magnetism that March brings to all her work into an intense shot of magic and liquid melancholy.  Blood-Red Spark is further evidence of an artist gathering her musical forces and transforming them into shimmering gold.

The Orpheus Pavement is the new six-track EP by English artist Chloë March, featuring new song ‘The Orpheus Pavement’, along with two originals from her acclaimed album Nights Bright Days and three remixes (by Lvmark, Sam Atkin, and Chloë March). The Orpheus Pavement is dreamy, slow-motion pop music, pulsating with sensuality. Listening to the EP feels like surreptitiously ingesting laudanum and wandering half-dazed through a secret garden that’s slowly shifting and warping around you. As with so much of Chloë March’s work, it was inspired by the mythical – the largest Roman mosaic ever found in Britain, which depicts Orpheus charming nymphs, tigers and other creatures with his songs. In this instance, the story is just the start, as March’s compositions bloom from reverberating piano and voice into evocative soundworlds that contain multitudes. Two of the songs are further transformed by remixers Lvmark, Sam Atkin, and March herself, into shimmering refractions of their former selves. Lvmark is an electronic music producer hailing from Northern Sweden, drawing influence from the isolation and vastness of his homeland to create echoing electronica. Sam Atkin is a Fremantle-based ambient and experimental producer operating out of his shed-bedroom, who released his debut album Gently, Quietly in 2015 through Workplace Safety CDRs, and has been keeping it slow and sad ever since.

Although often compared to singular artists such as Nina Simone, Beth Gibbons and Elizabeth Fraser, Chloë March follows her own unique path, writing, engineering and producing from her studio in south-east England. Inhabiting musical territory somewhere between art song and folk, dream-pop and electronica, the ambient and the cinematic, March embraces all these influences on Nights Bright Days to create poetic, emotionally charged and atmospheric songs and soundworlds. Four years in the making and originally self-released in 2013, Nights Bright Days is a cycle of songs as dreams, imbued with imagery of darkness and light, night and day. The album embraces elements of jazz, classical, folk and dream-pop, and features guest musicians on bass clarinet, soprano sax, French horn and guitar. Nights Bright Days features single ‘Winter Deep’, a shimmering waltz that opens the album with weightless grace.The Hidden Shoal re-release also includes the bonus digital EP Under The Day which features six previously un-released tracks.

A set of daydreams that form a miniature B-side to the album Nights Bright Days, this is a collection of six songs including the piano ballad ‘May’ and the dream-folk synth/harp reverie for the oldest tree in Kew Gardens ‘Old Tree, Mon Coeur’ that garnered Chloë Soundclouder of the Day earlier in 2014 – ‘Dreamy voice… A magical atmospheric song’. The new songs on this EP include ‘Ballooniad’ inspired by tales of the early Balloonists lifting off from coastal cliffs, a dreamily buoyant track tethered to a circling bass and ‘Big Tree Engine’ a minimalist reflection centred around deep jazz-inflected piano chords inspired by an ancient tree in central London.

Chloë was commissioned to compose a score for the dance-theatre piece realPolitik, choreographed by Julie Hope and performed at the Michaelis Theatre, London in 2008.   realPolitik was a re-working of The Green Table, a tanztheater piece created by German choreographer Kurt Jooss in 1932. The Green Table explored political corruption and the futility and horror of war. This modern version also concentrated on those issues, focusing on modern warfare and personal power-plays between characters.   Inspired by composers such as Walton, Weil and Stravinsky, Politik mixes orchestral drama with intricate and atmospheric electronica and weaves texts from A. E. Housman and Jonathan Swift into the score as spoken word elements. Highly atmospheric and emotionally involving, Politik offers an evocation of the 1930’s era of the original piece with a dynamic contemporary twist.

Garden On The Boulevard

Garden On The Boulevard is a collection of six songs that includes tracks inspired by boulevard cafés and old cameras, lost love and seductive glamour, the dawn chorus, mythical bees, ghosts in the garden and frozen lakes.

With the piano at it’s heart and interweaving french horn, strings, marimbas and found-sounds including wind-chimes, paper and grass, this is a meticulously and lovingly-crafted album with a haunting, melancholic undertow.

Chloë March has always lived a life with music at its heart. She grew up as part of a musical family, with both her parents musicians at the Royal Shakespeare Theatre. Her mother’s daily practice of playing Chopin, Beethoven, Debussy and Schumann pieces on the piano was the soundtrack to her young life, and March began piano lessons aged four. Later, after her parents divorced, songwriting and improvising on the piano became vital to her. Her early life was steeped in classical and jazz, with raids on her siblings’ record collections revealing wondrous new worlds created by Kate Bush, Pink Floyd and Joni Mitchell, which led to the discovery of David Sylvian, the Cocteau Twins and Steve Reich, all of which influenced her own music. Playing in bands with her brother and spending time in his 8-track home studio sparked a passion for recording, particularly for building up soundscapes with the texture and depth of multi-tracking. This early experimentation forged a determination to be in control of her own recording at home, with her current digital set-up only occasionally disrupted by her cat, musicologist partner, and various guest musicians. March’s long, slow discovery of her singing voice has been an odyssey of sorts, gradually finding the confidence and freedom to reveal a jazz-inflected alto that has been variously described as “absolutely charismatic”, “mesmerising” and “luminous”.

Inspired by myth, history, fairytales, books, film and the sensuality of the natural world, with an obsessive attention to detail and a desire to create intensely atmospheric and emotionally truthful music, March has been recording and producing her own music since she released her second album Divining in 2008. Prior to Divining, she toured the UK and Italy as keyboard player with the band Cousteau, released her first album Snowdrop in 2004, and composed for theatre and dance, including the 40-minute electro-orchestral soundtrack Politik. March has also worked with German ambient producer Jumpel, singing on his 2010 single ‘Edinburgh’ and four songs on his 2013 album Bloc4. Her latest album, and her first for Hidden Shoal, Nights Bright Days, has been four years in the making. It was initially inspired by the night and metamorphosis, and became a cycle of songs as dreams, imbued with images of darkness and light. The album embraces jazz, classical, folk and dream-pop influences, and features guest musicians on bass clarinet, soprano sax and guitar. 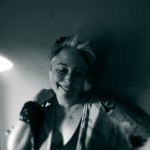 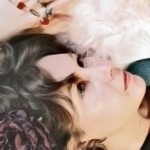 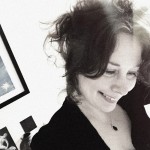 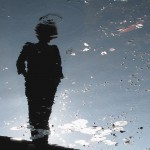 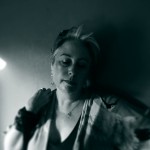 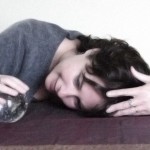 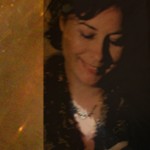 Chloë March’s music is  available for licensing (master & sync cleared) through Hidden Shoal. Please contact us with some basic details about your project and the track(s) you wish to use and we’ll be sure to get back to you straight away.