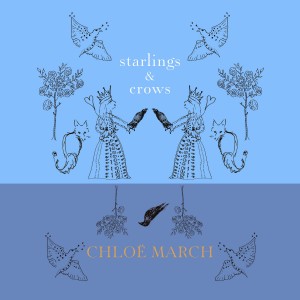 Hidden Shoal is proud to announce the release of the stunning new Chloe March album Starlings & Crows. The album is available now in CD, cassette and digital formats via Bandcamp, streaming via Spotify and is also available via all good online stores and streaming service. The music of Chloe March is available for licensing (film, tv, web and more) via Hidden Shoal.