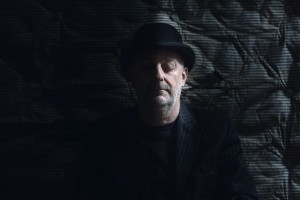 “sound sketches of enormous, if fragile, beauty” – The Silent Ballet

The music of Antonymes emerges from the adjustments and erasures of ambient and the pace and persistence of minimalism; from the serenity and austerity of Morton Feldman and the profound prettiness of Harold Budd; from the relationship between continuity and repetition; from secrecy, quietness and pause; from thought, from emptiness; from where it is set and where it is setting off to. At the same time definite and a ghostly impression, Antonymes floats free of fixed points while anxiously staying in sight of genres, movements, scenes, connections, contexts and innovations that have piled up and broken down around it.

Delicate Power (In The Hand Of Others)

Delicate Power (In The Hands of Others) is the new EP by acclaimed neo-classical ambient artist Antonymes featuring the single ‘Delicate Power’.

‘Delicate Power’ is the second single to be taken from Antonymes’ sublime new album (For Now We See) Through A Glass Dimly. The track showcases Antonymes deft musical skills with its restrained rhythms infusing the melodies with a gravitas that is at once warmly human and gravely austere. The single is accompanied by a gorgeous music video filmed by the incredible people at Chasing Light and shot on location at a beautiful, hidden otherworld in mid Wales.

The hypnotic rhythmic underpinning of ‘Delicate Power’ has invited five magical re-workings on this EP, each with its own subtle majesty. Marconi Union tease the original into a beautifully orchestrated anti-gravity ballad. Markus Mehr’s inimitable skills for re-invention have helped him to create a brooding version that draws heavily on the original’s rhythmic details. Lvmark’s reinterpretation foregrounds the melodic elements of the original, wedded to gently pulsing electronica. Alongside these three guest remixes, there are two reworkings from Antonymes himself: ‘Delicate Power’ (Waltz For Mary Anne)’ transforms the original into a beautiful, late-night swing, and ‘Delicate Power (Jung’s Drug Drum Waltz)’ lives up to the promise of its title with more heft to its woody rhythms.

(For Now We See) Through A Glass Dimly

While Ian M. Hazeldine’s discography as Antonymes has always been as far-reaching as it is immediately affecting, there’s a recognisable progression on (For Now We See) Through A Glass Dimly. These 10 pieces have an emotional potency and compositional dexterity that surpasses the body of work that precedes them, drawing you into their evocative world and demanding engagement. Antonymes’ deft minimalism is at play, transcending a superficially melancholy aesthetic to create something truly life-affirming. Its restraint brings to mind the famous quotation from Mark Hollis of seminal band Talk Talk: “Before you play two notes learn how to play one note – and don’t play one note unless you’ve got a reason to play it.” Including contributions from Christoph Berg (Field Rotation), composer Stefano Guzzetti, James Banbury (The Auteurs), Joanna Swan (Ilya) and writer Paul Morley, the album’s depth of sound is awe-inspiring.

The sonically minimal yet emotionally formidable ‘Towards Tragedy and Dissolution’ features the stirring string arrangements of James Banbury (Bloc Party, Editors and U2), which engage in reflective conversation with Hazeldine’s plaintive piano. Second single ‘Delicate Power’ gently flowers from its hushed origins into a stately piece akin to early Deaf Center. On ‘Elegy (ii)’, the piano gives way to incisive strings and the elegantly dexterous vocals of Joanna Swan (Ilya). ‘Little Emblems of Eternity’ sets the words of British writer Paul Morley, hauntingly intoned by Jan van den Broeke, against an atmospheric backdrop of echoing piano figures. And the title track swells into a magisterial call to arms, ending the album on a suitably triumphant note.

The album was mixed by Stefano Guzzetti and Paul Humphreys (OMD), with mastering by Rafael Anton Irisarri (The Sight Below).

There Can Be No True Beauty Without Decay

In late 2009 Antonymes released Beauty Becomes the Enemy of the Future on Cathedral Transmissions of which the CD is now unavailable. Since then he has revisited the album, which has culminated a new release, There Can Be No True Beauty Without Decay. Hazeldine’s own reworkings are intertwined with those of friends Ian Hawgood, Isnaj Dui, Offthesky, Field Rotation, Wil Bolton, Spheruleus and James Banbury to create an album of captivating melancholy and beauty. The guest reworkings venture into other, darker territories, where one might be harder pressed to identify the original material.  (Please note only the [i] tracks are available for licensing).

This album has been mastered to retain dynamics, not to enhance loudness.  To appreciate these pieces fully, please adjust your volume accordingly or use headphones.

Lost In Waves of Light

Created from elements lifted off Antonyme’s critically acclaimed album The Licence To Interpret Dreams, ‘Lost In Waves Of Light’ is a deftly crafted sonic and melodic patchwork. The track sits as a wonderful companion piece to the album, as recognised melodies unfurl, cloaked in new guises. As a work unto itself it once again places Antonymes at the height of his game, producing some of the most emotionally and sonically engaging work being released today. Antonymes new album The Licence To Interpret Dreams has been met with universal acclaim since its release in April. It is an album of resonant beauty, as expansive as the wilds of North Wales from which it came, yet as delicate and intimate as a loved one’s breath upon your skin. Each song deploys a modest array of instruments and textures, giving them ample space to breathe and glow.

The Licence To Interpret Dreams

The Licence To Interpret Dreams is the Hidden Shoal debut release by neo-classical/minimal ambient artist Antonymes. It is an album of resonant beauty, as expansive as the wilds of North Wales from which it came, yet as delicate and intimate as a loved one’s breath upon your skin. Each song deploys a modest array of instruments and textures, giving them ample space to breathe and glow. The album’s scope is immediately apparent on breathtaking opener ‘The Slow Beginnings of a ‘A Fragile Acceptance’, where faint piano notes are overwhelmed by an aching surge of cellos, and the timeless, lingering chord progression of ‘The Siren, Hopelessly Lost’. Single ‘Endlessly’ weaves traces of nature with unearthly, oscillating tones before giving way to a strident piano theme. On ‘Doubt’, Jan Van Den Broek delivers the words of Paul Morley, cradled against a bed of melancholic piano, violin and cello, leaving an indelible emotional mark. ‘A Light From The Heavens’ almost feels like a natural conclusion to the album, with its sense of reflective yearning, but it is followed by the devastating metaphysical breakdown of ‘On Arrival at the Strange Museum’, a cavernous piece that calls out like some giant magnetic spirit.

31: Before The Light Fails

31: Before The Light Fails Pt.1 is a personal photographic diary for May 2010, a reminder of day to day activities throughout a fairly ordinary and typical month in Antonymes’ life. Includes two high quality 35 page PDF booklets, part 1 with 31 black and white photographs. Part 2 with 31 colour photographs, a 4.0 surround sound file of both parts mixed together and Quicktime video.

Beauty Becomes The Enemy Of The Future

First released on Cathedral Transmission, Beauty Becomes The Enemy Of The Future  is the debut full length from Antonymes. Featuring seven enigmatic, sparsely arranged piano odes, subtly accompanied by hints of electronics and strings. A stunning piece of work.

Antonymes is designer, photographer, conceptualist and musician Ian M. Hazeldine, making music from the wilds of North Wales, a very strange, fantastic, ultimately unreal place of mountains, streams, woods, villages and obscure wilderness. To quote North Welsh poet R. S. Thomas, “to live in Wales is to be conscious at dusk of the spilled blood that went into the making of the wild sky, dyeing the wild rivers in all their courses.” His music begins at the piano, where notes, space and intention combine over time, until a shape appears. This shape is taken into the computer, where it is twisted, gently, and given more detail, until it is fully formed. Composition takes form through patience, probing, occasional accidents, spontaneity and a form of focused daydreaming.

Debut mini-album Beauty Becomes The Enemy of the Future was released initially on David Newlyn’s Cathedral Transmissions label in December 2009, and as a self-published book in spring 2010. A second 2010 release, 31: Before The Light Fails, was released as a digital download and as a special box, an edition of one, containing music and photography, representing Antonymes’ fear and suspicion of the herd mentality. The piece consisted of two tracks to be played simultaneously in separate rooms. Various pieces by Antonymes have appeared on compilations produced by labels Soundcolours, Dezordr, Cathedral Transmissions and Audio Gourmet. The album The Licence To Interpet Dreams was released by Hidden Shoal to widespread critical acclaim in early 2011.

Lost In Waves Of Light

The Licence To Interpret Dreams Album 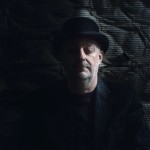 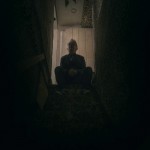 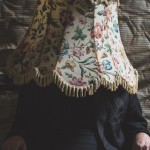 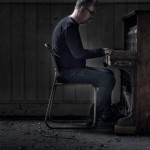 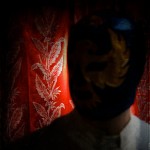 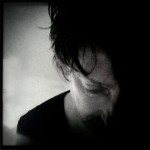 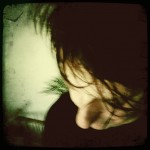 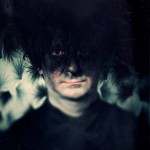 Antonymes’ music is  available for licensing (master & sync cleared) through Hidden Shoal. Please contact us with some basic details about your project and the track(s) you wish to use and we’ll be sure to get back to you straight away.