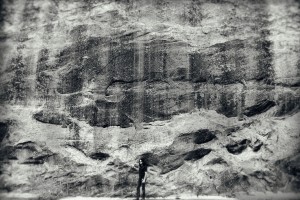 “There’s certainly something here that ought to appeal to those much tuned into the domino catalogue c. 99 not least for the way in which its dreamily reflective tones are teasingly sculptured in a disarmingly fragile whittling…” – The Sunday Experience

The mid-fi, meandering beauty of Rewilding emphasises how music can be an organic, flowing process, leading the listener into disorientating new territory. While Rewilding’s precedents are clear – Fridge, Pram, Broadcast – the personality and texture of these instrumental miniatures is unique and disarming. Experimental pop is rarely so approachable and beguiling.

Teeming with disorienting organic details and often taking surreal detours, Rewilding possesses a rare, meandering beauty. While the album’s precedents are clear – Fridge, Pram, Broadcast – the personality and texture of these instrumental miniatures is unique and disarming. Instrumental pop is rarely so approachable and beguiling.  With each track seemingly inspired by a specific environment, creature or atmosphere, there’s a natural, evocative ecology at work in the album as a whole. From the dry expanses of single ‘High Desert’ via the warbling analogue tones of ‘Under Water Footage’ through to the melancholic slow-motion motorik of ‘Lonesome Briar Patch’, this instrumental journey is a deeply felt ride.

Rewilding is the solo project of Philadelphia-based musician and producer Jake McFee (Connected View). Jake began making music with Charlie Fieger and Kyle Pieloch in 1999 in a band called Psychic Violence, influenced by artists like Sonic Youth, Blonde Redhead, PJ Harvey, Radiohead, Mazzy Star and The Velvet Underground. Psychic Violence broke up in 2000, then reconvened as Connected View in 2008 with a fresh range of diverse new influences, including Ennio Morricone, Stereolab, Broadcast, Boards of Canada, Lali Puna, Pram, Piero Umiliani, Can and Cluster. Jake started Rewilding to creatively invest himself in a musical project in which he could assert sole control over the creative decision-making. Although his Connected View bandmates Charlie Fieger and Kyle Pieloch both play on the self-titled debut, released by Hidden Shoal in 2017, all of the composition, production, editing and mixing was done by Jake. Rain Patch is his second album, released by Hidden Shoal in 2020. 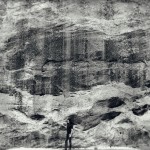 Rewilding’s music is  available for licensing (master & sync cleared) through Hidden Shoal. Please contact us with some basic details about your project and the track(s) you wish to use and we’ll be sure to get back to you straight away.