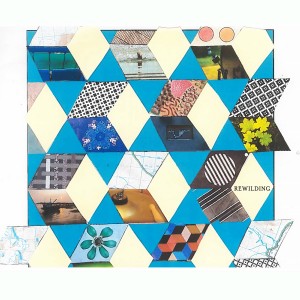 Hidden Shoal is proud to announce the official release of Rain Patch, the new album from US based experimental pop project Rewilding. The album is available now in digital and cassette formats via Bandcamp and the new music video for album track ‘Fjord’s End’ on is streaming on YouTube.