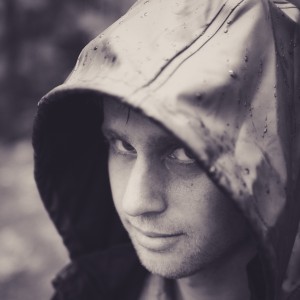 The Slanted City sees Sweden’s Erik Nilsson shape the experimental instrumental work of his previous two Hidden Shoal releases with his exquisite sense of songcraft and pop nous. The delicate marriage of melody and tone results in elegant minimalist pop with a master craftsman’s attention to detail.

The Field comprises three songs, written over the course of some fifteen years: ‘Counting Days’, a bossa nova about fieldwork far from home; ‘A House Divided’, a ballad about political polarization in the guise of a relationship drama; and ‘The Collective Field’, the program statement of World Listening Day 2020 set to music.

The Slanted City sees Erik Nilsson shape the experimental instrumental work of his previous two Hidden Shoal releases with his exquisite sense of songcraft and pop nous. The delicate marriage of melody and tone in opener ‘Density’ typifies The Slanted City’s elegance and charm. Each part feels carefully placed, the song’s robust structure swaggering and shifting over its 5-minute runtime. Single ‘False Starts’ is as if Split Enz collaborated with King of Limbs-era Radiohead, insistent rhythms interplaying with expansive guitars, synths and Nilsson’s vocal repetitions reminiscent of Death Cab For Cutie’s Ben Gibbard.

Gentle lullaby ‘Further’ hypnotises with its melancholic piano refrain, hushed vocals and subdued sonic treatments. And ‘Don’t Think of an Elephant’ further emphasises Nilsson’s compositional restraint as he gently marries the song’s two distinct movements before unleashing a wonderful fuzz guitar crescendo. Across these nine tracks and 43 minutes, Nilsson demonstrates a master craftsman’s attention to detail, resulting in an album that blooms on repeat listens.

Erik’s previous work includes the album Recollage, released by Luxus-Artica Records (re-released by Hidden Shoal in 2016), and the score for Ahmed – Almost 13, a Norwegian documentary screened at the prestigious International Documentary Film Festival of Amsterdam. His music can be heard in Project Power, which chronicles civic resistance to privatisation in New Brunswick, Canada, and in Are You Still There?, finalist in the 2011 edition of the short film competition The 24 Hour Film Race. Erik is a regular contributor to the Disquiet Junto Project, an online collective exploring the creative potential of constraints. He is also the singer and guitarist of folk-rock trio Otinget. His solo work also includes Hearing Things (Hidden Shoal, 2015) and The Imperfect Tense (Hidden Shoal, 2018). 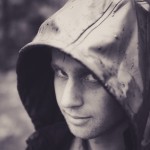 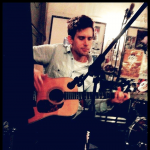 The Slanted City’s music is  available for licensing (master & sync cleared) through Hidden Shoal. Please contact us with some basic details about your project and the track(s) you wish to use and we’ll be sure to get back to you straight away.