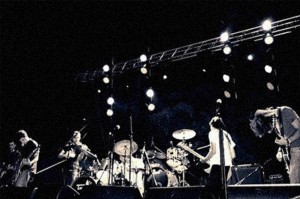 Named after the great French photojournalist Henri Cartier-Bresson, Sicilian quintet HC-B are masters of a similarly evocative art. Their expansive sound, rich with detail, is a clear reflection of a band at the height of their creative powers. Effortlessly shifting focus and timbre with each movement of their epic song-suites, HC-B channel their formidable talents into some of the most thrilling, symphonic instrumental rock you will hear.

On Rough, HC-B’s dexterous handling of dynamics and structure recalls fellow artisans of epic such as Godspeed You! Black Emperor and This Will Destroy You. The album’s five long pieces complement and play off each other beautifully. On single ‘Deux’, a masterclass in slow-burning restraint, guitar and bass melodies snake around each other in dizzying patterns. The song’s cumulative power – and that of the album as a whole – comes from the tenacity with which the band explore every shade of the music’s melodic colours.

Soundcheck for a Missing Movie

In each of its eight majestic songs, Soundcheck For A Missing Movie follows HC-B’s finely trained lens across a breathtaking instrumental rock landscape, rich with detail and swimming with emotive currents. In triumphant single ‘Hot Afternoon In The Bulls’ Square’, free-jazz horns squabble and blare like a swarm of bees before the main theme shines through like an exultant fanfare, supported by a thundering bassline. The gorgeous ‘Slow Compensation’ winds sinuous synth lines, violin and a longing male and female vocal through the swaying drums and guitars, mustering a quietly anthemic yet intimate epic. And closer ‘Missing Movie’ brings the house down with a storm of ferocious guitars.

The band formed in 1999 and self-released two EPs, My Green Apple and t0101222, which firmly established their distinctive balance between composition and improvisation across a broad instrumental palette. This was soon followed by the release of their debut album Sliding On Barents Sea on Edwood Records in 2003, which received glowing reviews in Italian magazines (Blow Up, Rumore, Mucchio Selvaggio) and webzines (Freak Out, Music Heart, Rockit). Since 2003 the band have played around Italy, supporting the likes of Battles, dEUS and US Maple.

Their 2009 album on Hidden Shoal, Soundcheck For A Missing Movie, also includes the talents of Andrea Fiorito (violin, piano), Giovanni Fiderio (violin), Sergio Montemagno (trumpet) and Sabrina Sciacca (vocals). It was recorded and mixed by Sacha Tilotta and Alfredo Musumeci at Dream Factory in Catania, and mastered by Bob Weston (Shellac) in Chicago. 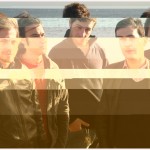 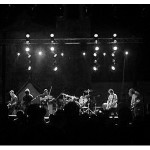 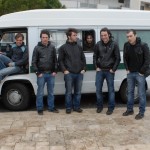 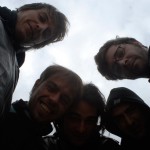 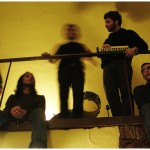 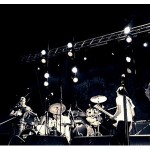 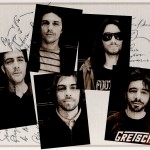 HC-B’s music is  available for licensing (master & sync cleared) through Hidden Shoal. Please contact us with some basic details about your project and the track(s) you wish to use and we’ll be sure to get back to you straight away.