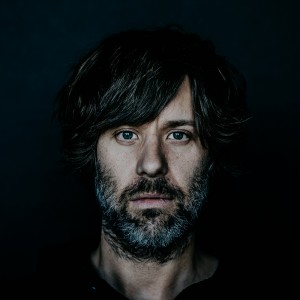 “It’s rare to find dream-pop that resolves with such assured optimism, in which you can sense experience shifting into its proper place… Kramies seems to have mastered the talent of simply breathing it into shape” – Misfit City

Dutch-American singer-songwriter Kramies has been honing his inimitable craft for many years, bewitching all who have heard his music along the way. Fusing masterful songwriting with electronics and atmospherics, stepping into a Kramies song means being swept up into an emotionally resonant vortex of swooning pop that simply demands repeat listens.

Of All The Places Been & Everything The End

Created in collaboration with Jason Lytle (Grandaddy), Todd Tobias (Guided by Voices) and Jerry Becker (Train), Kramies’ epic new EP, Of All The Places Been & Everything The End, transports the listener through an enchanted forest of the imagination. Profoundly coloured by Kramies’ time staying at an ancient castle in Ireland, the music is steeped in fables, myths and eerie reflections, resulting in his most vividly realised release to date.

A prog and folk-influenced mini opus akin to Mercury Rev’s classic Deserter’s Songs, the EP covers more ground across its 23-minute run-time than many albums double its length. Given it was the site of the music’s gestation, it’s fitting that the eight-minute epic ‘Ireland’ is the EP’s swaying centrepiece. Single ‘Everything The End’ is an enchanting, unearthly tale of time and loss, coloured by melancholic optimism. And ‘The Hill Dweller’ brings the EP to a goosebump-raising conclusion with its sleigh bells and strings, as Kramies intones, “Now I’m home…”

I Wished I Missed You (Single)

In the spring of 2017, Kramies travelled to Shankill Castle, Ireland where he started writing new songs for an upcoming album. While writing, he created a selection of B-side songs alongside songs for a new album. A few of these B-sides were demoed in this historic castle while using simple equipment to capture the ancient environment. Kramies’ new single “I Wish I Missed You” is one of these songs.

Into The Sparks (Single)

A duet with French singer-songwriter Alma Forrer, ‘Into The Sparks’ is a gorgeous anti-gravity ballad. Kramies and Alma’s voices reverberate amidst open acoustic guitar chords, backed by aching synths. The release also includes a stripped back acoustic version of the single.

Recorded live on April 8th 2015 at The Grand Théâtre in Angers, France

On a spring evening in 2015, the setting sun cast deep shadows over The Grand Théâtre in Angers, France, where Kramies was due to play to a sold-out crowd. As the 700 ticket-holders took to their seats and the theatre dimmed to a single amber light, Kramies walked on stage to perform his haunting, romantic songs. This is a recording of that night.

forêts antiques is the new live EP by singer-songwriter Kramies, featuring recordings of tracks from his acclaimed EPs, plus a previously unreleased song.

The Fate That Never Favored Us

Ahead of his forthcoming French tour, dream-pop troubadour Kramies has dropped another gorgeous track produced by Jason Lytle (Grandaddy). ‘The Fate That Never Favored Us’ is a lilting, swaying cosmic waltz, delicately built around melancholy acoustic guitar and eerie synths, through which Kramies weaves his languid vocals. As with so much of his music, Kramies delivers soundtracks to moments rather than mere songs.

The Folklore Sessions is the free new EP by dream-pop singer-songwriter Kramies, featuring acoustic versions of songs from his two acclaimed Hidden Shoal EPs The European and The Wooden Heart, plus the beautiful piano talents of Grant Wilson (from Syfy’s Ghost Hunters). While his previous EPs mined a wonderfully rich seam of atmospheric yet epic songcraft, The Folklore Sessions demonstrates that Kramies’ songwriting is just as stunning without the undeniable production talents of Jason Lytle (Grandaddy) and Todd Tobias (Guided By Voices, Robert Pollard, Circus Devils). With just his voice and acoustic guitar, plus languid piano backing by Grant Wilson (of Ghost Hunters TV show fame), these stripped-back versions of The European’s ‘Antiquarian Days’, The Wooden Heart’s title track and ‘Sea Otter Cottage’ are given vivid new life through Kramies’ genuinely affecting performances.

The Wooden Heart is the luscious and expansive new EP from Colorado-based dream-pop artist Kramies. The EP features the production and instrumental talents of Jason Lytle of Grandaddy fame, along with the inimitable production and additional instrumentation of Robert Pollard co-conspirator Todd Tobias. The Wooden Heart mines a wonderfully rich seam of atmospheric yet epic songcraft that Kramies has made his own. From the throbbing ambient introduction of ‘The Beginning’ through to the delicate folk of ‘The Ending’, Kramies’ new EP covers vast emotional and musical terrain during its 23-minute run-time. The title track’s windswept grandeur is married to an emotional directness that demands your attention and doesn’t let go, ‘Sea Otter Cottage’ sways and swoons with an almost unbearable poignancy, and ‘Clocks Were All Broken’ both alludes to and embodies this music’s timeless appeal. In addition to Todd Tobias’s production (on ‘The Beginning’, ‘The Wooden Heart’, ‘Upon The Northern Isles’ and ‘The Ending’), The Wooden Heart EP also features the production and instrumental talents of Jason Lytle of Grandaddy fame (on ‘Sea Otter Cottage’ and ‘Clocks Were All Broken’). Rounded out by the beautiful artwork of French photographer Jérôme Sevrette, The Wooden Heart EP is a lovingly constructed work of art.

Produced by Todd Tobias (Guided By Voices, Robert Pollard, Circus Devils), The European sets Kramies’ gorgeous voice and acoustic guitar within a glowing tableau, epic in scope yet delicate in detail. The EP fades into view with ‘Intro’, a simple cyclical pattern of guitar, piano and vocals gradually subsumed by drones and distortion. This leads into the majestic, glacial sway of the title track, guaranteed to make the hairs on the back of your neck stand on end. Then, ‘Inventors’ is the album’s dark, shadowy heart, a ballad of subtle intensity. Single ‘Coal Miners Executive Club’ is an emotionally resonant vortex of swooning pop built around an absolutely heartbreaking chord progression on synthesizer, carried skyward as layers and layers of instruments build and build. And the closing ‘Antiquarian Days’ is a fitting fade towards a sepia horizon, burbling loops and chiming guitars accompanying Kramies’ gentle lament.

Dutch-American singer-songwriter Kramies Windt began writing songs at the age of 14 after buying his first synth, acoustic guitar and four-track cassette recorder at an estate sale in his home town of Cleveland, Ohio. Even though he was never really exposed to any music other than old Dutch Christmas records his family had lying around when he was a kid, their haunting sound would shape the direction of his future songwriting.

Kramies started forming and playing in bands around the age of 16, and by the age of 19, the bands he formed became based around the songs he was writing. The bands took on many forms, playing the underground music scene from Ohio to Chicago. Come the late ’90s, Kramies developed his own sound, based around old-world imagery of cobblestone streets, old trains and castles, and romantic, poetic moments. Kramies and his band went on to open for Spiritualized, Grandaddy, Yo La Tengo, Calexico, Stereolab, Dirty Three and Red House Painters.

Come 2004, Kramies decided to focus on writing and recording in the studio, and began working with producer and engineer Todd Tobias (Guided By Voices, Robert Pollard) and guitarist David Paolucci. Working with Todd and David, Kramies released two albums to critical acclaim: Golden Like A New Thing (ACM, 2008) and Castle of Ghosts (ACM, 2010).

In 2010 Kramies began writing the songs for his first Hidden Shoal release, The European EP, in his coat closet in Colorado. The songs were demoed on four-track, painting a vivid sonic picture of the direction the release would take, drawing on the haunting old-world imagery he loved so much as a kid. The demos were sent to David Paolucci to start working on guitar parts in Ohio. Kramies then toured Ireland, playing really old pubs and small concert halls, which brought new ideas and layers to the songs. The European EP was recorded in June and July 2011 with Todd Tobias, with prominent, swirling guitar work from Dave Paolucci. 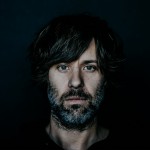 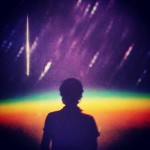 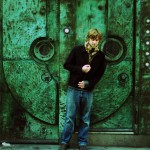 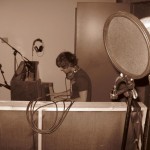 Kramies’ music is  available for licensing (master & sync cleared) through Hidden Shoal. Please contact us with some basic details about your project and the track(s) you wish to use and we’ll be sure to get back to you straight away.