Kramies ‘Owl and The Crow’, New Single and Music Video 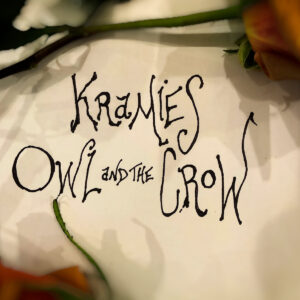 Hidden Shoal is proud to present ‘Owl and The Crow’, the beautiful new single from dream pop troubadour Kramies. The track is lifted from his self-titled album due out in September and is accompanied by a wonderful music video from Hidden Shoal’s very own Cam Merton.  The music video is available to stream over on Hidden Shoal’s Youtube and the track can be downloaded via Bandcamp. ‘Owl and The Crow’ follows on from a trio os single, ‘Hotel In LA’, “Days Of” (featuring Jason Lytle and Patrick Carney of The Black Keys) and “Ohio I’ll Be Fine.”

Initially just an acoustic outtake, ‘Owl and The Crow’ was finally recorded in one take on a late Californian night in Jerry Becker’s Oakland Studio. As time went on “Owl and the Crow” only grew, with layers and images captured by Kramies’ on his travels. With glimmering acoustic guitar licks flirting with eerie instrumentals and compelling vocals, the new track follows “Hotel in LA” as a second taster of Kramies’ self-titled LP, arriving on 9 September 2022.

Be sure to check out Kramies interview with the lovely folks at Two Story Melody. The chat covers Kramies inspiration for his previous single, his collaboration with The Black Keys’ Patrick Carney and Guided By Voices’ Todd Tobias and his future plans.