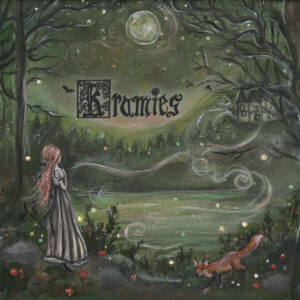 idden Shoal is proud to present the stunning new self-titled album from dream pop troubadour Kramies. The album, featuring collaborations with Jason Lytle, Patrick Carney (of The Black Keys) and Jerry Becker, represents Kramies most realised work to date. The album is available now via Bandcamp, Spotify and the other usual suspects. As always the music of Kramies is available to license through Hidden Shoal. Head here for more details.

“This album goes far to argue that Kramies may well be included among the Rust Belt city’s great songwriters. (9/10)” – Americana UK

“…his latest sees him weaving together hazy memories and half-remembered stories for an album of rare beauty. If you’re a fan of Grandaddy, Mercury Rev, Sparklehorse, etc, then you’re going to go a bundle for this release that unspools like a hazy dream.” – The Crack Magazine