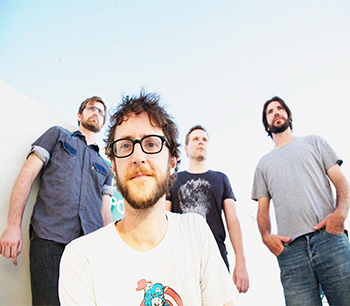 Now We’re Active is the debut album by Perth’s (Australia) widescreen indie-rock craftsmen Umpire. On Now We’re Active, Umpire combine sprawling indie-rock sounds with reflective melancholy, expertly wielding massive sun-drenched melodies, serpentine guitar parts and soaring vocals to spectacular effect. From lead single ‘Green Light District’ through the chiming guitar surge of ‘The Canyon’ to gorgeous finale ‘Cyclones Into Sunshowers’, Now We’re Active is a stunning release, as expansive as it is propulsive, as heartbreaking as it is life-affirming. Immaculately produced by bassist Simon Struthers at Forensic Audio, the album’s ten tracks bring progressive rock influences, indie-pop sensibilities and shades of math-rock into explosive collision, then shape them into songs that are at once epic and intimate. After the last song fades you’re left with a lump in your throat and admiration of how Umpire’s songcraft and sonics are so consistently elegant, melodic and widescreen. Now We’re Active is much more than a collection of tracks – it’s an album that blossoms beautifully on repeat plays.

Umpire’s brilliant self-titled debut release, featuring the standout track ‘Streamers’. ‘Streamers’ received rave reviews and widespread high-rotation airplay on both Triple J and community radio, as well as taking out the grand prize in the WAM Song of the Year in 2009. The Umpire EP presented a beautiful progression from three of the band members’ amazing work as Mukaizake, while moving into more accessible yet equally complex songcraft.

Based in Perth, Western Australia, Umpire was formed in 2006 as a studio songwriting and recording project, where Simon Struthers, Geoff Symons and Michael Lake had the opportunity to utilise the studio as an instrument, developing their songs without the pressures of playing as live band. The band released their first self-titled EP in 2009, which featured the standout track ‘Streamers’. ‘Streamers’ received rave reviews and achieved widespread high rotation airplay on both Triple J and community radio, as well as taking out the grand prize in the WAM Song of the Year in 2009.

The founding members of Umpire (Geoff Symons, Simon Struthers and Michael Lake) have a long history in the Perth music scene, playing in many seminal progressive indie-rock bands, including Adam Said Galore, O and Hidden Shoal’s very own Mukaizake, so it was a natural progression for the band to develop their live show by adding drummer, Josh Watkins. Performing the songs live has allowed the band to tour Australia and play with many of their musical heroes, including Stephen Malkmus, Built to Spill, Paul Dempsey, The Jezebels, Sugar Army, Jebediah, Love Of Diagrams, Dan Kelly, Bob Log III and Tame Impala. 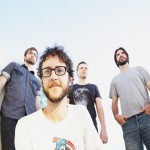 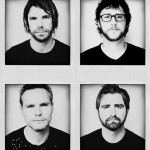 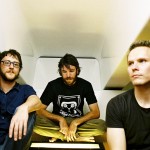 Umpire’s music is  available for licensing (master & sync cleared) through Hidden Shoal. Please contact us with some basic details about your project and the track(s) you wish to use and we’ll be sure to get back to you straight away.