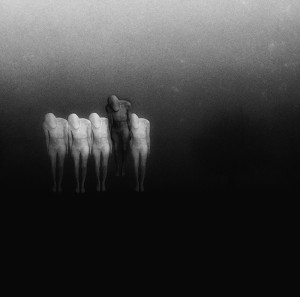 Battlestations interweave the subtle with the dramatic, the intimate with the cinematic, the introverted with the bombastic. Across their eclectic and atmospheric instrumental rock, industrial ambience is counterbalanced by beautiful piano melodies, eerie samples and lyrical guitar lines. The result is incredibly evocative music, complex in both its narratives and textural composition.

Without the focus of the human voice, it’s all too easy to label instrumental music as “cinematic”; instead, Splinters Vol II: Bruise justifies this label by presenting a masterfully handled sonic analog to cinema. The album is a wonderful marriage of texture and melody, the earthly and the cosmic; this is visceral ambient at its very best – tactile and sublimely transportative. Opening track ‘Bruise’ is a perfect example of Battlestations’ complex and multi-faceted craft, slowly building over its 23 minutes like a slow-motion tsunami, drawing together musical elements as it pushes toward an unseeable horizon. Like the unrelenting yet mesmerizing opening scene of a Chrisopher Nolan film, ‘Bruise’ takes the listener by the hand and pulls them into the frame. This momentum is wonderfully sustained for the album’s duration, the album music refusing to recede into the background, but rather demanding the listener’s full attention.

While previous Battlestations releases tend to paint bold strokes of instrumental colour, with dramatic dynamics and dense textures, Tremor is an altogether airier, more elusive listening experience, as if encountering a ghost perpetually melting into the distance. Across these 43 cinematic minutes, ambient recordings, organ and strings muster a feeling of suspension and subtle foreboding, as if sensing a tragedy distant in space or time.

Inform is a six-part instrumental suite, composed to be experienced as a whole. Like all great dramatically charged art, tension and narrative thread throughout the album. The listener is immediately transported into a widescreen, otherworldly landscape, where lush synths create a dense atmospheric field, within which piano and guitar trace out delicate figures in the foreground. Each piece unfolds across five, six, seven minutes at a time, building on the previous track’s ambience and branching forth in fresh directions. From the sprawling synth-strings, electronic pulses and anti-gravity guitars of opener ‘Silencer’, through to the precarious emotional peak of finale ‘L’abîme’, the listener is left with no easy resolution.

The Death Of The Day (2020 Extended Remaster)

Extended remaster of the 2013 EP, containing an alternate version of the first track, and an unreleased track from the same sessions. Melding elements of post-rock, ambient, industrial and prog, The Death Of The Day further refines Battlestations’ incredibly atmospheric and affecting musical output. The often dramatic shifts in mood are deftly handled, wielding enviable emotional weight.

The resmastered version of Battlestations’ second full-length album.  In a Cold Embrace is a masterfully crafted tableau, its scale and flow only fully apparent when the last note has faded. In A Cold Embrace is narratively rich music, realising the potential of the album format in a way that so much music misses. This is film as sound.

While 2015’s The Extent of Damage felt like a high-definition camera roving across a ruined world, listening to Vixit feels like witnessing an intimidating new dawn, barely comprehensible from a merely human perspective. Massive and awe-inspiring, this three-part composition is breathtaking in scope and stunning in execution. Synthesizers, orchestra and choirs interweave into a billowing tapestry of glorious sound that completely envelopes the listener. Brief centrepiece ‘II’ is the calm at the eye of the storm, a ruminative piano piece that brings a sense of intimacy to a suite of music that is all about challenging the listener’s sense of scale. To either side, massive tracks ‘I’ and ‘III’ stretch out into multi-part compositions that are as deep and wide as any orchestral piece, tempered with a sensibility akin to ‘70s kosmische music and the most progressive neo-classical ambient.

The Extent of Damage

Like a high-definition camera roving across a ruined world, The Extent of Damage is both unflinchingly bleak and stirringly beautiful. Akin to Ennio Morricone at his most dark and doleful, and Portishead’s majestic self-titled second record, this music’s atmosphere of urban oppression is leavened with passages of sublime, redemptive beauty. Battlestations interweave the subtle with the dramatic, the intimate with the cinematic, the introverted with the bombastic. Across their eclectic and atmospheric instrumental rock, industrial ambience is counterbalanced by beautiful piano melodies, eerie samples and lyrical guitar lines. The result is incredibly evocative music, complex in both its narratives and textural composition.

The Death Of The Day

In a Cold Embrace

Battlestations’ second full-length is a masterfully crafted tableau, its scale and flow only fully apparent when the last note has faded. In A Cold Embrace is narratively rich music, realising the potential of the album format in a way that so much music misses. This is film as sound.

This 11-minute opus is an exercise in urgency and restraint. Layers of guitars slowly thicken over an insistent beat as an atmosphere of paranoia takes over. As with every Battlestations song ‘Return / Mr. Abject’ has striking narrative detours that add another level of depth to the listening experience.

Battlestations’ self-titled debut album is such a wonderfully sprawling and complex piece of work that distinguishing individual songs within the whole soon becomes meaningless. Comprising three tracks, two of which are over 18 minutes long, Battlestations presents a shifting instrumental narrative that effortlessly moves between dystopia and hope.

Little is known about Battlestations other than the basic facts: formed in Brussels, Belgium in 2009; released two albums (Battlestations and In A Cold Embrace) and two EPs (Return/Mr. Abject and The Death Of The Day); collaboration with Joe Dorsey on the Involved project. However, this shroud of anonymity feels fitting when listening to their enigmatic music. It often feels too big to attach to singular identities, and the atmosphere and mystique surrounding the songs suspends them, weightless, into a listening space unmoored from conventional reference points.

No press releases yet, sorry! 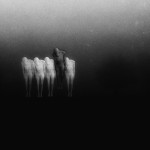 Battlestations music is  available for licensing (master & sync cleared) through Hidden Shoal. Please contact us with some basic details about your project and the track(s) you wish to use and we’ll be sure to get back to you straight away.