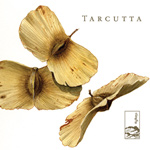 On their self-titled debut, Tarcutta transport the listener on a compelling ride through a breathtaking musical landscape. Right from the scene-setting intro of opener ‘Mount Bartle Frere’ to the raw, explosive power of finale ‘Flag Hags Must Die’, the band render their songs with astonishing detail and clarity, cramming more melodic ideas into each song than most instrumental bands manage in whole albums. Single ‘You Gotta Crawl…’ unfolds into being with a luminous pattern on 12-string electric guitar, the low hum of Hammond organ, and a delicious brushed drum figure. Delicate Hammond organ runs are gradually stirred in before the song changes direction and builds into an eddying spiral of tumbling melody. Elsewhere, ‘Liberace Fibonacci’ thrills with its awesome organ riff, before taking flight through a series of dizzying twists and turns. And luminous centerpiece ‘No Light No Shade’ features a spine-tingling guest vocal from Jess Cornelius (Teeth & Tongue) and a wonderfully bluesy coda.

“…it blossoms and terra-forms through a myriad of mood enhancing manoeuvres as it accelerates through a mind blowing odyssey of lysergic tipped star crested sound-scapes that at various points see it embroidering upon its rich tapestry elements of psyche, jazz and progressive space rock, in short it’s a six minute trip to enlightenment.” – Losing Today on Single ‘You Gotta Crawl…’

Stream the album in full here and read a press release here.