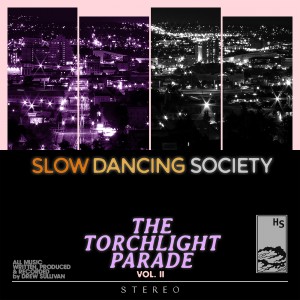 We’re excited to announce the official release of the second and final part of Slow Dancing Society’s The Torchlight Parade. Vol. II represents the tenth album in the US-based ambient artist’s expanding discography, which began with The Sound of Lights When Dim (2006), now considered one of the classics of modern ambient. The album is available now via Bandcamp and all good 3rd party stores including Spotify, iTunes and Amazon.

“To a secret and hidden place where the past and present merge in a luminous cascade of sights and sounds which few can discern. How far can one artist and their craft pull you out of your own life? Listen to this album and decide that for yourself, only don’t do it hastily and don’t expect it all to hit you at once. This individual clearly revels in the sublime, no note is out of place, no hint of beauty given up rashly. Everything is conceived and composed to hit all those sweet spots in your head which you thought no one else could. It’s divine here, think I’ll stay a while.” – Santa Sangre on The Cogent Sea

Slow Dancing Society’s music is available for licensing across film, tv, games, web and beyond. Hit us up for more info.