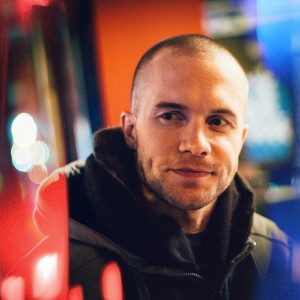 ‘Overture‘ is the first taste of the forthcoming Lilac Lullabies, the first in a series of four new Slow Dancing Society EPs. The EP follows hot on the heels of the reissue of his acclaimed debut album The Sound of Lights When Dim. Each of the new EPs will be released digitally, one per month from June to September 2017, with the four EPs released collectively on double vinyl later in the year. ‘Overture’ is available now for streaming on SoundCloud and the EP is available for pre-order via Bandcamp.

Lilac Lullabies is a concise, five-song serving of SDS’s sensual, free-flowing ambient. It revisits the atmospheric feel of earlier albums The Sound of Lights When Dim, The Slow and Steady Winter and Priest Lake Circa ’88, with a delicious sense of space and restraint. Centrepiece ‘A Quiet Storm’ reaches heavenwards with its Gilmour-esque guitar lines, while ‘Before We Wake’ is a meditation on weightlessness, with gently pulsing bass and an ephemeral shroud of synth. And ‘The Dusty Morning Light’ brings the EP to a reflective close with its beautifully wistful Mellotron line.