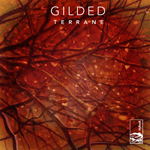 Gilded’s  stunning forthcoming debut Terrane has already been drumming up some amazing reviews and getting heavy doses of Australian radio love. The album has just been glowingly reviewed at Fluid Radio where it was lauded as “one of the best albums you’ll hear this year”. The Thousands were full of praise in their recent review saying, “there’s nothing that sounds quite like Gilded.” The track ‘Moth Food’ was chosen as Dave Cutbush’s track of the day on RTRFM’s Out To Lunch program and Terrane recently landed in Osprey Radio‘s Top 30 in early anticipation of its US college radio campaign starting next week.

The new music video for ‘Road Movie’, produced by Hidden Shoal’s very own Cam Merton, has been featured on such sites as Baeble Music, Mess & Noise and The Vine with more features on the way.

You can pre-order Terrane now on CD over at the Hidden Shoal Store and get an immediate mp3 or FLAC download of the album with your order.