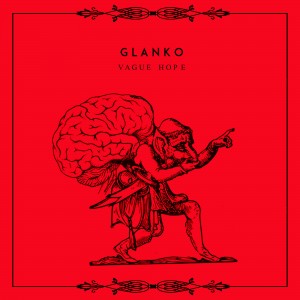 Following on from his brilliant 2016 EP with Daniel Bailey, Isometrik, Glanko presents ‘Vague Hope’, the first single from his forthcoming album, Remission. ‘Vague Hope’ is an urgent and insistent piece of widescreen noir electronica, pulsing with the throb of the electrical grid. The track builds and surges throughout its 5:30 runtime, its brooding atmosphere building in intensity before ultimately reaching a moment of cathartic release. Stream the track via SoundCloud and YouTube.

“a masterclass in the use of space, poise and timing, a frail and fragile ghost light whose hypnotic lull comes teasingly shimmered in a sparse sleepy headed detailing” – The Sunday Experience on Glanko & Daniel Bailey’s ‘Isometrik’

Glanko is the musical moniker of Italian electronic composer Giuseppe Fallacara. For years, Fallacara played guitar in many bands, before beginning his explorations with electronic music in 2012. His debut album, Alset, was released in 2014. Isometrik, a joint EP with Daniel Bailey, was released on Hidden Shoal in 2016. Second solo album Osmosi was released in 2017. Remission is his third album – and his first full-length solo release for Hidden Shoal. On 22nd February 2020, Glanko will be opening for Janus Rasmussen (one half of Kiasmos with Ólafur Arnalds) at MAT Laboratorio Urbano in Terlizzi, Italy.

The music of Glanko is available for licensing for film, tv, web, games and beyond via Hidden Shoal. Check here for more info.