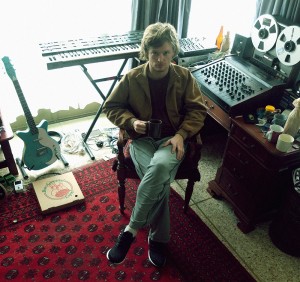 We’re very excited to be able to welcome the wonderful Zealous Chang to the Hidden Shoal family! Zealous Chang, led by James Utting-Webb (aka Jimmy Chang), has been pouring sonic pleasure over Perth and Melbourne audiences during the last couple of years supporting acts such as Doctopus, Leure, Felicity Groom, Apricot Rail and Runner. The band’s debut EP, the brilliant ZC (December 2014), is an intoxicating and mesmerising mix of motorik rhythms, washed-out vocals and glassy, atmospheric guitars and synths. Think of breakneck rhythmic explorers Maserati or Cave, shot through with the emotive vocal harmonies of classic Ride, and you’re someway towards imagining Zealous Chang’s potency and promise.

Utting-Webb is currently putting the finishing touches on a new album which will see the light of day in the second half of 2015. The ZC EP will also be given a deluxe re-release later in the year, featuring a raft of remixes from artists such as Markus Mehr, Arvo Tanty (Michael Dolan from Hidden Shoal’s perth) and Melbourne’s Rudolph C, with more to be announced soon.