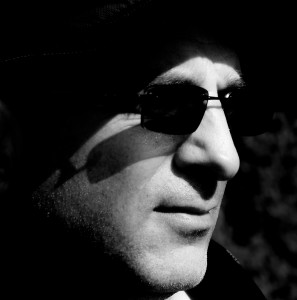 Dr. Simon Order, aka Liminal Drifter, wears many hats – academic, marathon runner and of course musician. Whilst it’s the latter we’re most interested in Order’s other two areas of activity inform his music in many key ways. The often wistful, open spaces of his work as Liminal Drifter feel like the perfect accompaniment to a runners high – internalised, slightly out of body and always moving forward. His debut album Troubled Mystic, featuring a number of collaborations with Chloe March, presents dreamy, evocative slices of ambient electronica sitting alongside some brooding downtempo gems. Check out the title track here ahead of the album release on the 19th of August 2015.

But that’s enough from us for now. Let’s hand it over to the good doctor as he pulls three questions out of the bag.

Running, cycling, body action, movement in time, just breathing, washed in sonic waves, a back and forth, an up and down, a vibration, a passage of time. Time allows music. No time, no music, no movement. Resonance is all we have. I’m drawn to the resonance.

The human psyche; an almost unbearable number of excitable notions trying to break into the world, visceral and cerebral, stuff to be expressed and articulated. I think that’s where music comes in, tapping into that flow, reimagining, a crafting of emotions into sonic resonances that hopefully mean something to a listener. I’m drawn to that reimagining.

My bass guitar stands proudly in the corner reminding me there’s always a groove; the low, guttural, trouser-flapping power of music.