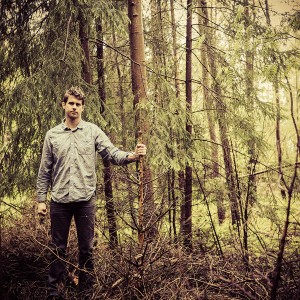 Erik Nilsson creates music that, in someways, defies logic. It is intrinsically linked to the manipulation and re-ordering of the “natural”, yet through this process somehow creates a new “nature”. Releases such as Hearing Things, Recollage and his forthcoming The Imperfect Tense are testaments to Nilsson’s innate sense of melody and progressive compositional strategies. Drawing on folk, classical and electronica, Nilsson blends acoustic instruments with field recordings and computer-generated sounds, crafting music akin to early Four Tet, Tortoise at their most minimal, and fellow Scandinavian soundscapers The Gentleman Losers. Yet all his work sounds like Erik Nilsson.

I imagine that the music I make likes to put its listener in a state of “inwardness”. Perhaps it is music for the activity of paying close attention, either to the music itself or to some other solitary activity: walking, sitting, reading, breathing, running. I particularly admire a piece of music that sometimes just lends a certain emotional quality to my surroundings or to whatever I am up to , the next day has me counting beats, and the day after that seems to be all about texture. That is the kind of music I aspire to make.

Because it presents an opportunity to apply oneself – mind, body, and soul – to the construction of something like a rudimentary, abstract, self-contained world. Such a world makes possible the experience and exploration of longing, elation, sadness, grief, or ecstasy as such, in the absence of any particular cause or object. One may for instance try being gentle (as such) or aggressive (as such), probe the relationship between the two, or push either or both as far a one possibly can. There is obviously a tremendous sense of freedom here, but also a sense of duty. Musical ideas always seem to have potentiality, to be en route somewhere – to demand something. One listens carefully and labours to bring potentiality into (imperfect) being. Somehow, it reminds me of what it is like to be alive.

A Martin HD-28 that friends and family had got me as a graduation gift. Not only do I love to play it, it reminds me of people I love, and also of the fact that I have it in me to carry something difficult to completion.