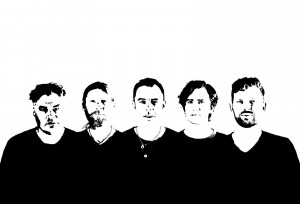 Hidden Shoal is proud to announce the release of ‘Losing My Religion’ by Melbourne band Summon the Birds, an expansive interpretation of the R.E.M. classic with an accompanying animated video by Finnish illustrator Antti Palosaari. The track is available to stream on Spotify and SoundCloud and can be downloaded from all good online stores.

Summon the Birds began in 2007, when singer-songwriter Jonathan Shaw and bassist/producer Peter Woodlands came together to begin working on debut album 48. The duo were soon joined by Kris Arrowsmith on drums, and Tim Clarke (Bury the Sound) on guitar. 48 was released in 2012, followed by single ‘Digger’ in 2013. In 2014, bassist Drew Corby replaced original member Peter Woodlands, and the recording of second album Blood Love began in earnest, bolstered by fifth member Paul Spurling on keyboards. Producer and engineer Tim Johnston (Nick Cave & The Bad Seeds, The Dandy Warhols, The Drones) oversaw the sessions and lent his golden ears to the mixes, and the album was mastered by John Ruberto (Courtney Barnett, The Drones, Electric Mary). The band are currently working on songs for their third album.