Slow Motion Cinema – An Interview with Half Film

Half Film plays trance music. Not the mindless beat-driven sort you find in sweaty clubs, but the kind of sounds that put you into a deeply meditative state where you confront your deepest fears and converse with your truest self. What little writing I can find about them dubbed them slowcore, a sub-genre which, like most things branded with the unfortunate –core suffix, barely scratches the surface of defining an aesthetic. They’re slow in the way evolution is slow, their music unfolding at a snail’s piece, substituting traditional song structure and climaxes for a measured burn of emotion. Perhaps more than anything they’re cinematic, carefully crafting scenes with repeated motifs, scenes unfolding like blooming flowers as Eimer Devlin, Conor Devlin and Jason Lakis narrate what feels like the end of the world over brooding textures and measured, haunting guitar lines.

It’s been over a decade since Half Film split. The San Francisco trio released two LPs during their short run – 1998’s East of Monument and its 2000 follow-up, The Road to the Crater, both of which were re-released by Hidden Shoal in 2012.

The three have since scattered across the world – Jason hovered around California and now resides in Berkeley where he’s working on a new record for his sort-of-solo project Mist and Mast. In 2002, Conor and Eimer joined with members of Swell to form [the] caseworker (whose last two albums Letters from the Coast and Voices Out There were put out through Hidden Shoal) before going on an extended in hiatus in 2006. Conor moved to South Africa and now lives in Switzerland; Eimer left for Ireland but is back in Northern California. Along with the rest of [the] caseworker, they’ve spent the last few years demoing a third record by e-mail which will see the light of day in 2015 under the moniker AWMA.  Here, the trio discuss the music they made at the turn of the century.

“We never felt [our records] got properly released for reasons I won’t go into,” Jason tells me over e-mail. I probe for a few days but it seems the frustrations are too deep to dig up. Eimer offers the same sentiment: “Just reading some of the references to old acquaintances gives me a stomach ulcer.” Conor opts not to name names, but chalks his discontent up to “a bottomless well of incompetence,” – label mismanagement, perennially intoxicated distributors and plain bad luck.

Yet the resonance of the music over-powers any lingering angst over the machinations of a bloated industry. How could it not? Every track on East of Monument is catchy in the strangest possible way – almost anti-catchy. The songs embed themselves into that strange part of your brain that’s active when you’re halfway between sleep and wakefulness. 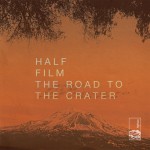 “I have very good memories of writing the songs, the rehearsals, hanging out,” Conor says. “But as others will tell you, I find having to listen to the records very traumatic. I feel they were never as good as what we (or maybe just I) heard in our heads, and there’s a gap between what you want to do and what you’re capable of. And when I hear the records, I’m hearing that gap and I assume everyone else hears it too. Having said that, when I had to hear the songs again recently to make sure the re-mastering went to plan, I could still hear very clearly what we were trying to express at the time, and I thought it was an honest expression of who and what we were at the time. We weren’t faking anything. ”

Eimer puts it another way: “I commute over the Golden Gate bridge a few times a week and since listening to the Half Film records again, as my bus approaches the bridge in the evening in my head I hear Con and Jay singing Hang and it gets me in the gut every time. I think that song means the most to me of any Half Film song.” Listening to Hang, it’s easy to get that same sense of despairing endless space; as the closing track on East of Monument, it carries the heart-breaking weight of an elegy to a something precious long since lost. 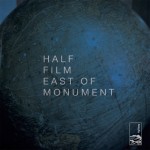 “Listening to the old Half Film discs – especially East of Monument – gives me a sense of nostalgia I don’t get from recordings of any of my other bands throughout the years,” says Jason. “I listen to ‘Coated’ and I get visions of the patterns on the walls of a club we played, the smell of a bar we hung out in.

“Another thing about that time – there were a lot of little scenes, but we weren’t a part of any of them. I know that’s what everyone says, but it’s true. Other band’s members had played in each others bands for years. We were content along the sidelines, going to practice, then the bar (sometimes just the bar), then back to Conor and Eimer’s to listen to the day’s record store finds.”

Conor concurs. “We were definitely not a part of the scene; it felt natural to stay away. It still does,” he says. “San Francisco feels like a long way in the past now, but it’s great to look back and to have had such a unique experience while I was there. The memories are in the records.”

Check out East of Monument and The Road to the Crater at Half Film’s artist profile. The songs from both albums are also available for licensing through Hidden Shoal.