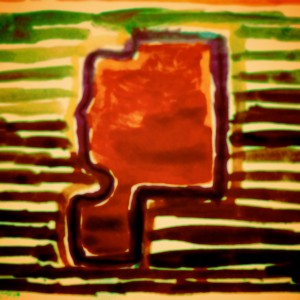 We’re very excited to announce the official availability of the 10th anniversary re-release of the seminal ambient album Chagrin by Belfast-based electronic composer RL/VL, aka Jack Hamill. Long term Hidden Shoal fans will remember the album’s original release back in 2008 and those new to the RL/VL moniker may know of Hamill’s work as Space Dimension Controller, releasing music via Dekmantel, Ninja Tune and R&S Records. Chagrin is reissued alongside the rest of his sublime catalogue with all releases available now via Bandcamp and soon to be streamable at Spotify and downloadable via iTunes et al. Listen in to the stunning first cut from the album, ‘Kweens’ via SoundCloud.

“… whenever his small, melodic textures threaten to disappear they always return calmly, in themes and droves and memorable parts… imagination too wild and unrefined to sleep” – Resident Advisor on Chagrin

Presenting an impeccably crafted minimalism and focus married to an ineffable sense of human frailty, Chagrin unfolds like the stories of ageless artefacts buried in the earth, still covered in the dirt that was once their home, brimming with micro-histories and rootless memories. Painstakingly layered from a vast array of analogue synths, tape machines, old cassettes and toys, Chagrin’s beauty lies in the fact that no sound is too small, no detail too elusive. This is ambient electronica of staggering emotive power.

RL/VL’s music is available for licensing across film, tv, games, web and beyond. Read more about Hidden Shoal licensing here and contact us for more info.