Paraphon “Soviet Cities on the Moon” 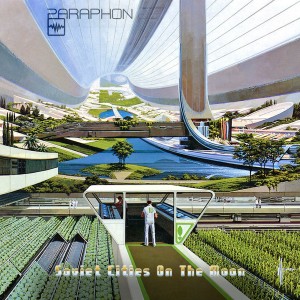 Hidden Shoal is excited to announce the release of Soviet Cities on the Moon, the epic debut release from Paraphon. The album is available for download now via Bandcamp and is also available for licensing (film, tv, web etc) via Hidden Shoal.

Soviet Cities on the Moon is a soundtrack for interstellar travel. Like a warm, electronic bath it suspends the listener in its lush, sweeping tones and arpeggiated rhythms. This is the future we were promised but never eventuated. Paraphon crafts sprawling, mesmeric synthscapes for a future that never eventuated. This is cinematic music in the truest sense – immersive, narrative driven and emotive.