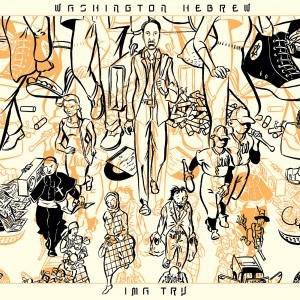 Washington Hebrew, the solo project of The Caribbean’s Michael Kentoff, takes the wonderfully skewed and melodic pop of The Caribbean and invests it with a magic all its own. New single ‘Ima Try’ is the rabbit hole down which the listener first tumbles into Washington Hebrew’s self-titled debut, its skittering rhythms and modulated synth tones warping the song’s sense of time and space. This is how a collaboration between Flying Lotus and Magnetic Fields might sound.