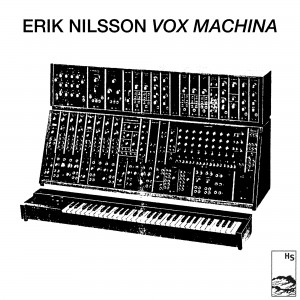 We’re excited to announce the release of new work from the ridiculously talented Swede. On the heels of The Slanted City’s self-titled debut album, Erik Nilsson is cleaning his hard drive. In the coming months he will be releasing a series of neglected musical projects under the banner Notes and Sketches. The first installment of the series, Vox Machina, features three short instrumental pieces written for two synths and a drum machine. Expect melancholic melodies, irregular time signatures and generous amounts of reverb.

The album is available now from Bandcamp and soon via Spotify, Apple, Amazon and all the other likely suspects. The music of Erik Nilsson is available for licensing (film, tv, web etc) via Hidden Shoal.