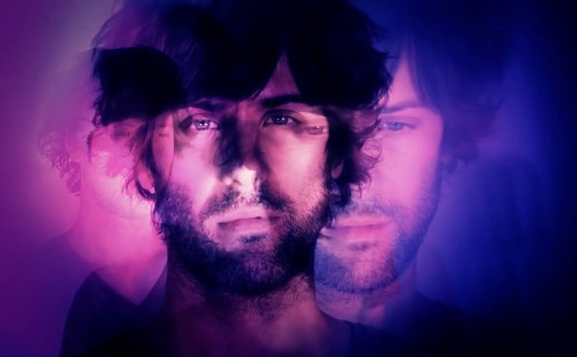 American singer-songwriter Kramies has been honing his inimitable craft for many years, bewitching all who have heard his music along the way. Fusing masterful songwriting with electronics and atmospherics, stepping into a Kramies song means being swept up into an emotionally resonant vortex of swooning pop that simply demands repeat listens. His three Hidden Shoal EPs, The European, The Wooden Heart and The Folklore Sessions have been released to universal acclaim from around the world. We posed Kramies a few curly questions in order to delve a little into his music, his life and his creative process.

Do you remember the first song you wrote?

Surprisingly I do. I remember mostly trying to make sounds with non-musical stuff. It’s weird because I remember being really young, around 9 years old, and liking the way my S’s sounded when I would put a pen cap under my lips. Ha! Or using a paper towel roll to sing through because I thought it made my voice sound distant. I’m not sure I should even share that stuff! Anyway, I believe the first song I ever wrote was called ‘Daisy’. I must have been 14. I used the paper towel roll effect and that’s when I started experimenting with a 4-track cassette recorder. It felt like such a big deal back then. I was the only kid with a 4-track and I made this ‘thing’ called ‘Daisy’! Ha! I’m sure I still have it somewhere. Fortunately I have forgotten every other song between that first one and the last 4 years, though.

Can you tell us a little about your early music career? How did it shape what you do now?

I was pretty shy and I’m sure the main reason I fell into music was because I received a little Casio keyboard and a toy acoustic guitar for Christmas. If it had been a toy ‘Easy Bake Oven’ that Christmas I probably would have pursued being a pastry chef. My shyness combined with these two instruments took up most my time. I was pretty bad, but I remember playing everything from my emotions. From there I joined a few bands in my town, but was not that great a player. In fact, one time I left my guitar at band practice and the guys carved ‘You suck’ into it, so I switched to bass! No one played bass in my town, so all of a sudden I was playing in the older kids’ bands and doing a ton of stuff musically. Still, I loved writing so I decided I would have to start and front my own bands. A few of those bands did some cool bigger things, but I always felt more comfortable writing and recording the stuff in my head more than being in a band. I always viewed writing songs and albums more like writing little books. It’s more of a personal adventure for me. I do believe working with a band helped me understand how to piece parts together while writing, but most of all it helped me become comfortable with what I do and to trust my instincts more.

Can you tell us a little about your songwriting process?

It seems to come in bursts, but mostly my songwriting starts with an image – something I see that sits in my head and then takes over my heart. It could be weeks or months before I start hearing it, then it seems to form into a phrase and melody that sparks a whole story. I usually write most of my stuff on acoustic guitar and write the lyrics first. I can spend days obsessing over the same three chords and mumbling the same words over and over. Then if I find myself waking up with the song parts still in my head, I won’t stop writing till it’s done. From there I’ll make a crappy demo of it and start writing and layering the other parts. I think it’s pretty basic, but for me the biggest part is to capture emotion and the image that originally started to grow in my mind. I become a bit like an obsessive crazy scientist over the process.

Does living in the mountains influence your songwriting?

Yes, tremendously. I think living near anything naturally beautiful like the mountains, which are so big and expansive, makes my mind wander. It wanders past normal everyday activities, which helps inspire my writing – it has such a huge effect on me. It feels very comforting to me to know I can get lost for a while in the mountains. Oceans have the same wonderful effect. I feel there is such a warm silence and understanding with nature that helps whatever songs I’m working on.

The lyrical themes in your work have such a vivid melancholic romanticism about them. They pair beautifully with the atmosphere of the songs and the production. Where does this lyrical imagery come from?

Wow, thank you, that’s so nice to hear! The lyrics have always been the most important part to me. I keep them very close to my heart. I never understood really where they come from or if they have meaning, but they definitely reflect an image or a story. I always seem to have a love for hauntingly romantic words. I don’t know where it comes from, but castles, ghosts of the past, old world imagery and poetic scenery always seem to influence my writing. I do remember at an early age wanting to just be a writer, but the music really helps push a story to a higher emotional range for me and helps create a kind of frame to sing through.

How did your collaborations with Jason Lytle (Grandaddy) and Grant Wilson (Ghost Hunters) come about?

Well, it’s a short blurry story that starts in the late 1990s. First, my bands back in the ’90s opened and played for a handful of great bands like Calexico, Spiritualized, Red House Painters and Grandaddy. Jason and I had some mutual friends and hung out in groups a few times. It wasn’t until around 2012 that we reconnected and  started chatting about him producing a few of the songs for my EP The Wooden Heart. He is such a nice person and I was just blown away by how he turned all the simple little parts and songs I recorded into these bigger, more emotionally exposed and mature pieces.

Grant and I first had a strange brief meeting. It’s funny because I’ve watch his show Ghost Hunters on SyFy a lot and I was just doing a radio show and the interviewer mentioned how I seemed influenced by ghosts and haunting imagery, so he asked if I ever watched Ghost Hunters. Well, that same day, after the radio show, I visited the Stanley Hotel, and literally ran into Grant in the lobby of the hotel! It wasn’t until a few years later, when I discovered his beautiful piano music once The Wooden Heart was released, that I sent him a few songs. We share a love for the same musical sound. I was working on an acoustic follow-up to The Wooden Heart called The Folklore Sessions and asked him if he would like to play piano on a few tracks. It was a wonderful experience and I was blown away by how much beauty he added to my simple songs. Both Jason and Grant are amazing and very easy to work with.

Can you tell us what you do outside of making music?

I do a lot of art stuff. I seem to stay pretty creative. I find myself lost in mountain storms while on runs and I enjoy visiting little towns. I run a lot and I do a lot of yoga and meditation. But mostly I explore.

What’s spinning on the Kramies stereo at the moment?

I have a weird thing where I barely listen to music until I hear something that really pulls at my heart, then I listen to it a thousand times. So I’m not so good with what’s happening now and what’s new these days. I have Joanna Newsom, some older Jane’s Addiction, Glen Hansard, Indians, and Simon & Garfunkel in my stereo right now. Also there is a wonderful French band I love called A Singer Must Die too. There is a ton of wonderful Hidden Shoal artists as well.

Is it true that you share a house with Neil Diamond?

Ha! Yes, it’s true. Neil Diamond the cat dwells within my home. My wife actually named him Neil Diamond because of the white diamond on his chest – and the name stuck. He’s a bit of a celebrity here. He’s also known as The Creeper because you won’t see him for a while and then you’ll notice just his eyes and big grey head watching you from afar. He’s a very interesting creature and he lays next to me while I write.

What’s next for Kramies?

There’s an overseas tour that’s been postponed twice, but will actually happen this spring. I’m working on a new EP for 2015, and before that I will have a sort of obscure B-side release and a single with special guests and some new friends. Also, a few more interviews and live videos before I hide away to finish writing the new EP.