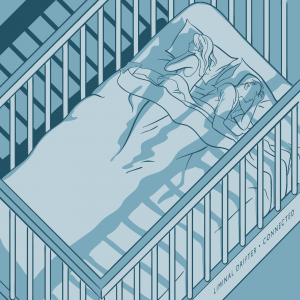 We are very excited to be able to announce the release of Connected, the stunning fourth album by Perth-based ambient electronica artist Liminal Drifter. The album features new single ‘Choir on Mars‘ which has been tearing up the US college radio charts and currently sits at number two on the US College Chill chart! The album is available now via Bandcamp and all good streaming and digital services such as Spotify, iTunes and Amazon.

Following on from 2018’s wonderfully received The Dreams, Liminal Drifter delivers another suite of mesmeric electronica in his latest outing, Connected. Dripping with dub-inflected rhythms and intricate melodic tapestries, Connected is a collection of eight intangible travelscapes that touch on both the astral and the earthbound. The album’s buoyant and often uplifting electronica belies the conditions under which it was created. Born out of a period of personal trauma, Connected acts as a musical salve and a celebration of important moments. Opener ‘Choir on Mars’ is a playful invitation to enter Liminal Drifter’s bright musical space, its subtly phased electric piano playing against reverberant chords, crisp beats and breathy sampled voices. ‘Braxton’ brings to mind In Sides-era Orbital as it draws you inexorably into its centre. ‘Sheep Radio’ is a happy-to-be-sad slice of daydream-dub electronica, layered with intricate samples and an insistent yet delicate melodic progression. And closing track ‘Atlantean Shaman’ taps into a moody, reflective space, casting a majestic shadow across the preceding 40 minutes of music. The album also features the amazing artwork of Stuart Medley.

The music of Liminal Drifter is available for licensing for film, tv, web, games and beyond via Hidden Shoal. Check here for more info.