KZSU Love for [The] Caseworker and Kramies 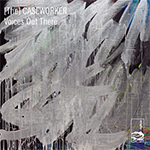 One of our favourite US radio stations KZSU has just posted two lovely DJ reviews for the latest album from [The] Caseworker and the new EP from Kramies,

“The Caseworker is a SF project led by Conor and Eímer Devlin, former members of the slowcore band Half Film. Shaped partially by Conor’s time in a hospital post-car-crash, this fourth album is immaculately crafted to create an overarching feeling of tranquil melancholy at the axis of guitar pop, slowcore, and shoegaze. Catchy and magnificent (and released by Hidden Shoal!).” – KZSU on [The] Caseworker’s Voices Out There

“New EP by this Colorado dream-pop artist (released by the great Hidden Shoal Recordings). This features Jason Lytle of Grandaddy and has the same grand, quirky melancholy as Lytle’s music. There’s a strong sense of anguish and yearning to this. Lovely.” – KZSU on Kramies’ The Wooden Heart

KZSU listeners can expect to hear lots of cuts from both these releases spinning on the radio and should be keeping their eyes on the charts as well!