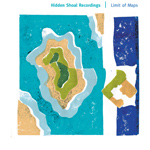 Limit of Maps is the third volume in the label’s sampler album series, available for free download from the HSR Store. The album includes a wonderful cross-section of Hidden Shoal’s activity over the second half of 2007, and also features a number of as yet unreleased tracks from upcoming 2008 releases. Many of the tracks are taken from critically acclaimed albums and EPs, a number of which have ended up on best of 2007 lists.

The album is available now for free download from the HSR Store.