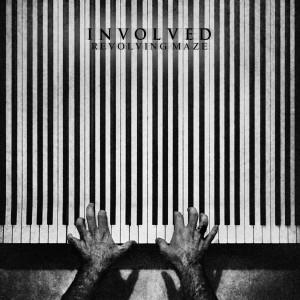 Involved’s stunning debut album Revolving Maze has scooped some equally beautiful reviews since its release. The album has recently been covered by Igloo Mag, the Italian Blog Music Will Not Save You, the French zine Indie Rock Mag and The Sunday Experience. Here’s a little taste,

“The whole ensemble goes beyond the mere sum of its sounds, as if something of an almost shamanic nature emanated out of it. There are clearly more ideas in one Involved title then in certain whole discographies from largely overestimated artists from that genre. No matter, we’ll delight ourselves with Revolving Maze, an album that will clearly require many listen sessions to perceive its richness and subtlety. A masterpiece, right from the first album.” – Indie Rock Mag

“Dorsey and Enoignor have created a multilayered and vigorous debut album full of luminosity and liquid elasticity.” – Igloo Mag

“an alluring and dare I say beguiling slice of porcelain primed future visions that blends together a panoramic precision with a statuesque soundtrack velour whilst splicing together the cold wave dystopia of Vangelis’ ‘blade runner’ with the silken symphonia of  the ‘adjustment bureau’ soundtrack to sumptuously morph from kosmiche chill to spectral romance in one trick of the ear apparition like movement.” – The Sunday Experience

Head to Involved’s Bandcamp to stream the album in full and grab yourself a copy.